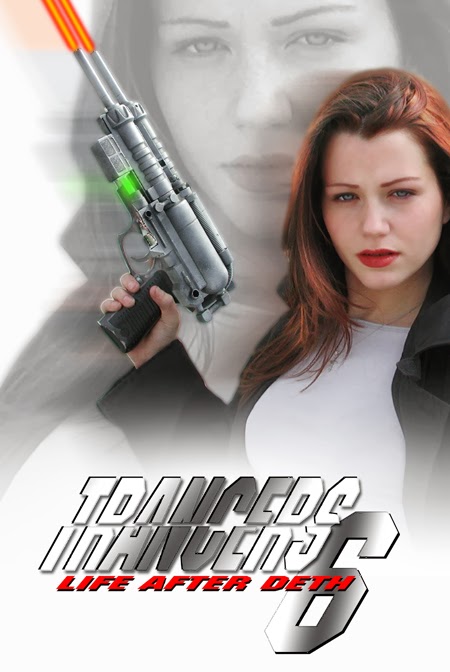 By the late 90's and early 2000's, Full Moon turned into a actual sewer of their former selves by making just horrific films that were a mere shadow of their earlier 90's output. First came the monstrosity known as "Subspecies 4", then the stock footage filled "Puppet Master: The Legacy". What other franchise did they have left to defecate on? "Trancers" of course! And what's worse is the concept of this sequel actually could have worked if it was actually executed with heart instead of the purpose of milking the cow. "Trancers 6" marks the first (and hopefully) last entry in the series not to feature Tim Thomerson. The beginning of the film utilizes stock footage from the previous "Trancers" films to show that Deth is going to be sent down the line ("Trancer" lingo for back in time) to occupy the body of a female ancestor in order to singe more Trancers. Lots of bad acting, bad special effects and other bad shit ensues. 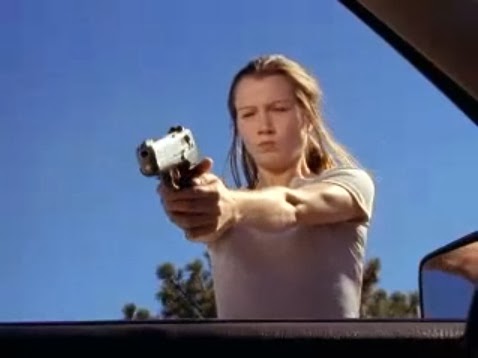 Yes, this time Jack Deth is a women. Again I could actually go along with this concept as it was workable. Tim Thomerson was getting a little old by this point so having his consciousness transferred to female ancestor could have been interesting twist and amusing if done correctly. Sadly the execution of this film is awful. First of all the production values are absolute home video quality. I kid you not I could make a movie that looks more professional than this! The underdone special effects are embarrassing but there is an amusing Trancer death sequence where a Trancer commits suicide by jumping out of a window and the effects are so bad it actually causes unintentional laughter. Actress Zette Sullivan as our new female Jack Deth (known as Jo Deth) is also just horrific. Her line deliver is just deadpan and pain educing making the whole film even more of a chore to sit through. 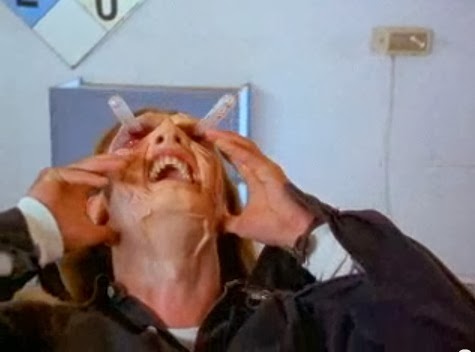 When "Trancers 6" was made, Full Moon wasn't even known as Full Moon anymore. Charles Band changed the company's name to Shadow Entertainment as he felt their output didn't have the same magic as their earlier productions. You think!?! I think the company name "Shadow Entertainment" is a reference to the company being a shadow of their former selves. A Trancers box set even came out on DVD a number of years ago and it only featured the first five films and part six was conveniently forgotten. Trust me, make believe this monstrosity doesn't exist. Part 5 was bad but this is unforgivable.

Written By Eric Reifschneider
Posted by Cronosmantas at 9:34 PM