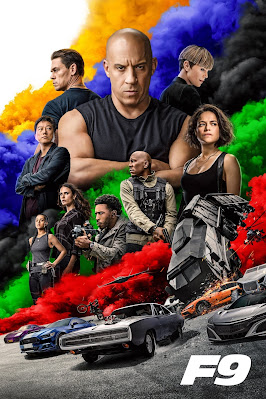 While one could argue the diminishing returns in quality of the Fast & Furious & Franchise continues to plague newer entries, there is something special in how much F9 tries to rectify so much of the misfiring that happened in Fate of the Furious. Even the soap opera-inspired long-lost brother plot or the return of Han (Justice is served, nerds) are addressed in a way that says "we know, we botched a lot of the family stuff in the last one, but we're trying harder now." The intent is amicable, if not flawed in its own right.

Read more »
Posted by DarkReif at 1:54 PM No comments: 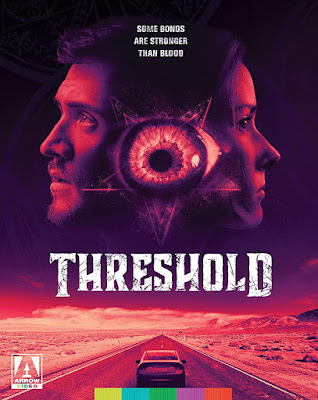 When I found out that the directors of Bastard, a film that I genuinely enjoyed, were directing a DIY road trip thriller on two iPhones, I was already in. Say what you will, but a good gimmick is a good fuckin’ gimmick. Even though the ‘shot on an iPhone’ angle was used in the marketing for Unsane to an insane degree, the idea of an indie film shot on the fly had me hook, line, and sinker. Threshold, which premiered to relatively strong word of mouth on the festival circuit, even drew the attention of Arrow Video, prompting them to give the film a rather impressive Blu Ray release. Not too shabby for an indie thriller.

In the spirit of a shot on iPhones in 12 days on a road trip indie thriller, Threshold is not necessarily the most riveting of films. Limited budgets, time, and tech are always going to force a film toward dramatic heft, performances, and creative outside of the box thinking and that’s exactly what happens with this one. It’s a double-edged sword in its approach, but for viewers with the right mindset, an artistic one that understands the brilliance of what they aim to accomplish, Threshold does deliver a dynamic tale about rekindled familial friendship, belief, and a ‘fuck it, we’re doing it live’ attitude. True to its indie spirit.

Read more »
Posted by DarkReif at 6:46 PM No comments: 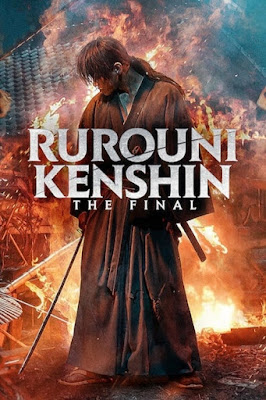 The opening sequence of Rurouni Kenshin: The Final features the film’s villain, Enishi, absolutely annihilating an entire regiment of police officers during an arrest attempt on a steam engine ready to depart for China. It’s a robust and breathtaking sequence that sees the brightly colored new character, a true live-action interpretation of an anime and manga figure, whip through the train, shattering windows, leaping from inside to outside, and bouncing between bone-cracking martial arts combat and wuxia style gravity-defying wirework. It’s no holds barred action with flourish and crushing hits. Yep, the live action Rurouni Kenshin series is back and it’s wholly welcome. 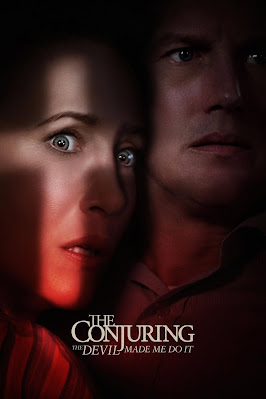 With almost $2 billion dollars in the box office now, The Conjuring Universe has solidified itself as one of the premiere horror franchises in history. What started as Wan’s love letter to 70s supernatural horror has become a lucrative money-making machine that has spawned far more spin-offs than entries into the original series. The quality of these entries varies, often to a shocking extent, but one thing about the series is that it always finds a way to entertain - even if the whole product is flawed.

The latest entry into the series, The Conjuring: The Devil Made Me Do It, is now the third of the original series and finally catching up to its spin-off series, Annabelle, in quantity. This entry represents a deviation from its two predecessors in a few ways, most notably in that James Wan has stepped away from the director’s chair, but it’s not one that completely abandons the core values for a slightly more convenient approach. Certainly, The Devil Made Me Do It is not the efficient and tightly crafted modern classic one might hope, but it’s also not the wild misfire it might have been.

Read more »
Posted by DarkReif at 9:59 PM No comments: 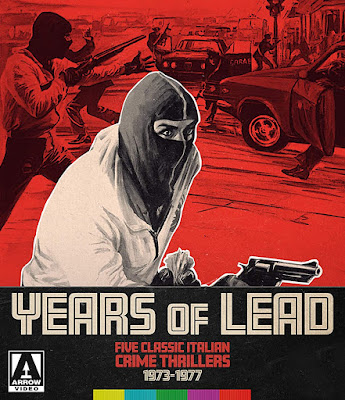 While the Poliziotteschi genre is one that has been generally covered by other writers here at Blood Brothers, it’s incredibly hard not to want to immediately dig into Arrow Video’s latest Blu Ray box set, Years of Lead. This set contains five films and enough special features to make most cinephiles ill with joy. It’s an impressive set, on the whole, and the following series of reviews will dive into the various films contained within. If anything, just as a taster, Italian cinema fans or those who enjoy cult cinema will want to add this to their collection even if they already own some of the titles. Nonetheless, if any questions remain, the next few articles will go through the films included.

This article contains a review for the first two films in the set, Savage Three and Like Rabid Dogs. 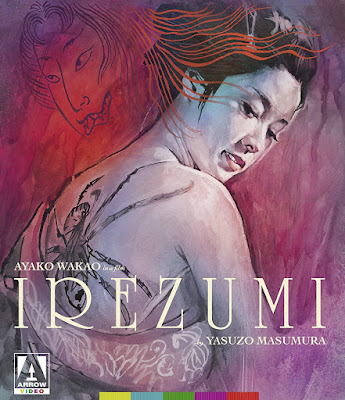 “We go to hell together!”

Arrow Video’s continuation to release incredible pieces of Japanese cinema remains one of the best things that the label is currently pursuing. Whether or not the sales reflect the brilliance of their choices is something that remains to be seen, but if there’s a title announced on the line up - mark my words, it’s one to add to your collection. With their release of Irezumi, one of those fantastic pieces of cinema too often overlooked by more mainstream cinephiles, Arrow does it again. Not only is the restoration and presentation of the film incredible, Irezumi is one of those slices of subversive arthouse exploitation that serves to continually remind everyone - myself included - that the amount of top-notch cinema that exists in the world is far more than one could expect.

Read more »
Posted by DarkReif at 8:37 PM No comments: 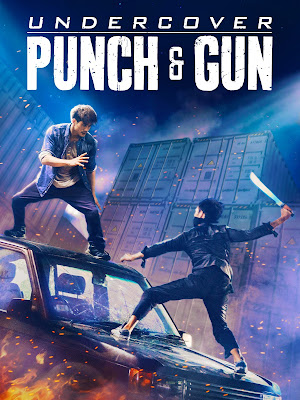 One of the things that growing up with Hong Kong cinema has allowed me to be comfortable with is tonal whiplash. Nobody does imperfect tonal shifts to perfection like Chinese, Taiwanese, and Hong Kong. As time has gone on, the industry has certainly tried to make their material a bit more consumable for larger audiences and that means many films have pulled back a bit from the sheer insanity of the fast tone slides. I should have been prepared when Undercover Punch & Gun decided to take a potentially gritty undercover cop action flick and inject some wild quirks and humor into it. Does it work all the time? Absolutely not, but there is this kind of postmodern angle to its 80s approach that does have its charms. This allows Undercover Punch & Gun to be oddly charming as it delivers on its action through the dual efforts of its big-name cast. Even if the film feels a bit uneven and hollow as a whole. 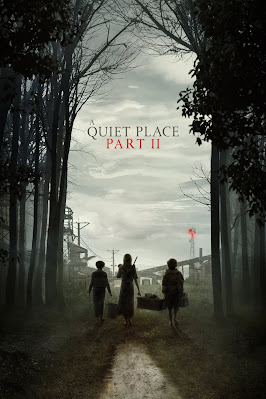 One could easily consider A Quiet Place the horror movie heard ‘round the world when it dropped in 2018. For a film about silence and missing communication in a world made quiet by sound-hunting monsters, it sure made a lot of noise upon its release. With most of the cast returning, John Krasinski retaining the director’s chair, and the cliffhanger finale of the original, there was a lot to look forward to in A Quiet Place Part II. However, where Krasinski aimed for an admirable “less IS more” goal with the original, he shifts his focus towards a “less OF more” mentality here. It’s a subtle shift, but one that certainly carries impact. For fans, it’s a welcome return to the post-apocalyptic world of the original that delivers on many of the aspects that made it an instant modern classic, but it’s also a film that suffers slightly from sequel-itis.