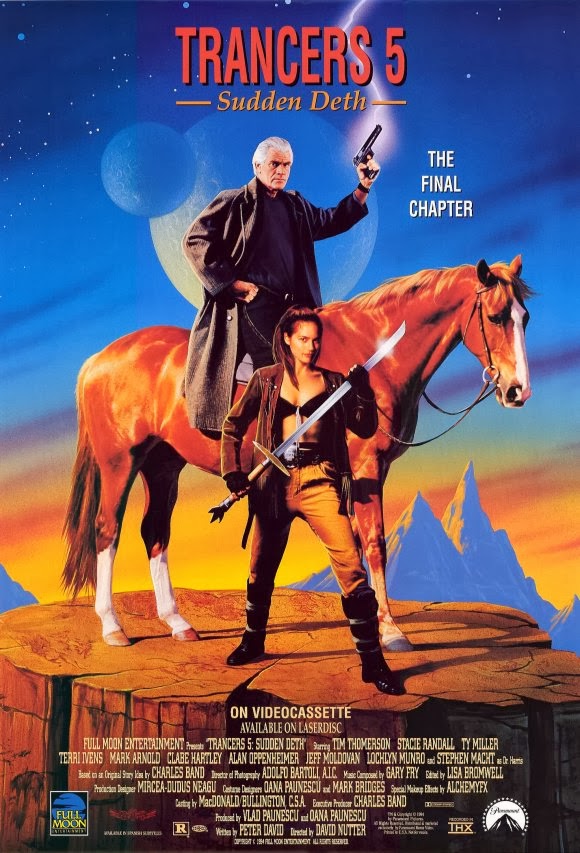 
Trancers 5 is the left over shit form Trancers 4 and it is pretty much pointless. I really hate these sequels that are filmed back to back as they usually take one story that could really stand as one film and they stretch it out, trying to make two fucking movies and add a lot of pointless padding in the process. Trancers 5 is no fucking different. 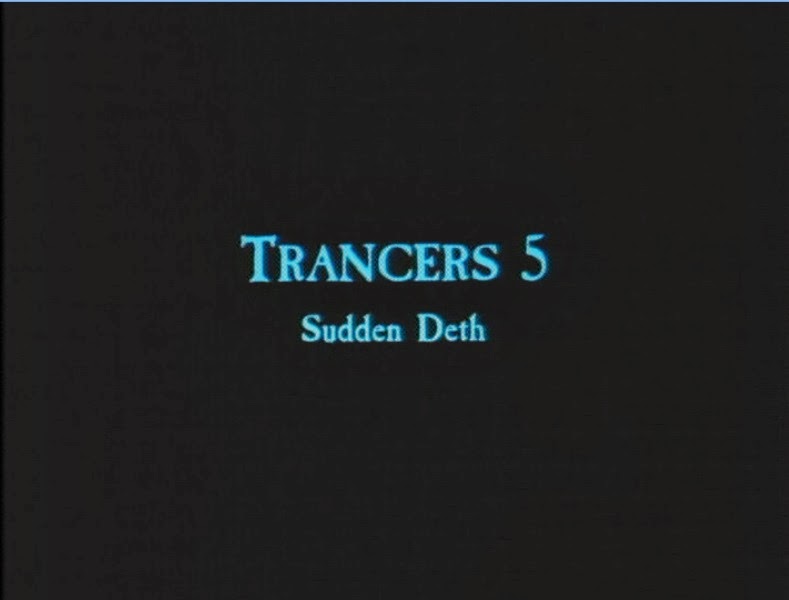 Still trapped in a medieval dimension, Jack Death and his band of rogue humans must once again defeat Caliban in order to find a medallion to send Deth back to his own dimension. That's it. 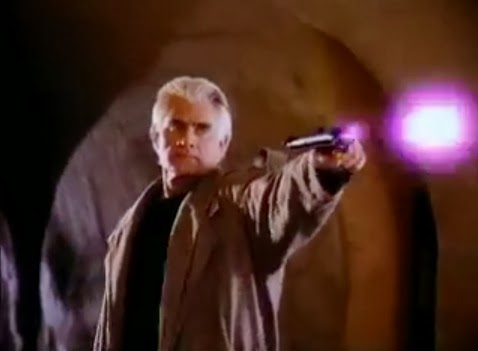 This whole film could have been cut down to 20 minutes, tacked on the end of "Trancers 4" and we would still have a film that ran a regular hour an half length. This is just a bunch of bullshit. Deth having to hunt down a precious stone in order to get back to his own time has to be the most quickie, shit story concepts they could have possibly come up with. 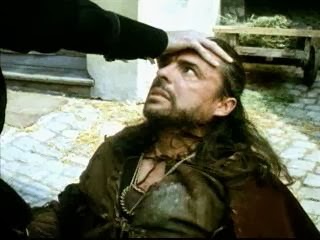 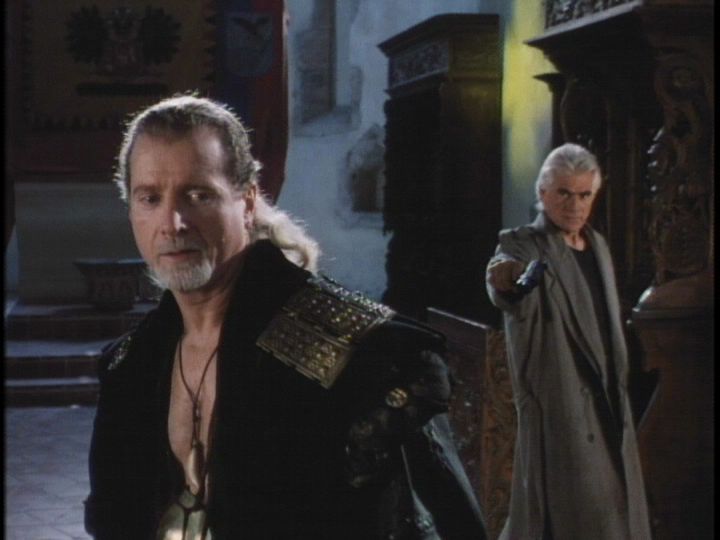 What a disappointing final film for Tim Thomerson in the series. The writers should have combined this and "Trancers 4" into a tighter, more comprehensible script and it would have worked good as a sequel. No instead Charles Band gets greedy and decides to make one film into two to get more money and in turn stretches out the thin script too far as well as the money resources. See it if only you are a diehard Trancer fan and my advice is to stop here. Yes there is a "Trancers 6" but unless you're a masochist... stay away!

Written By Eric Reifschneider
Posted by Cronosmantas at 9:26 PM