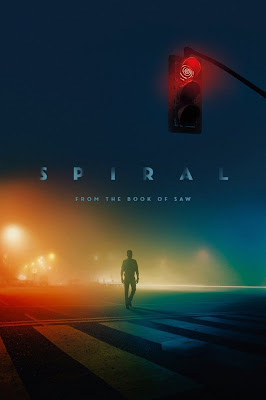 Every long-lasting franchise has to have its ups and downs. It’s just like life. Always a bit of a roller coaster, ya know? For the Saw franchise, diminishing returns for the sixth and seventh entries spelled a bit of doom for the initial run, but you can’t keep a good horror series down. While the eighth film, Jigsaw, did well box office wise relatively negative feedback from critics and fans ended that attempted kickstarter quickly. Enough that it sent the franchise into hibernation for a little while at least. That is until Chris Rock.

Did anyone have Chris Rock on their Saw bingo card as the man who would try to reboot the long-lasting and iconic franchise?

Nonetheless, this leads to the ninth film in the series, Spiral: From the Book of Saw. The marketing featured strong vibing close to a Saw meets Se7en tone, while fantastic trailers and posters made the hype for this almost undeniable. Chris Rock, Samuel L. Jackson, director Darren Lynn Bousman, and other factors simply worked in building expectations up to a fever pitch in horror circles. Yet, the strange thing about Spiral is that, for better or worse, it’s simply another Saw film and not the new and improved chapter that so much of its marketing leaned on. 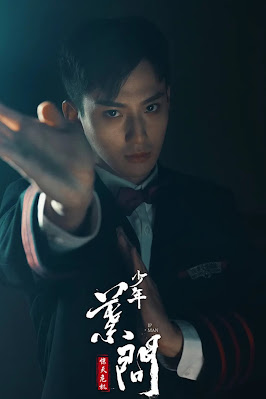 As an individual that grew up in the boom of direct to home video market, I definitely do not have qualms with low-budget cinema that aims to exploit specific trends or topics. This is why I wrote an article on the Ipsploitation genre over at 36 Styles in defense of Ip Man: Kung Fu Master. A defense that has certainly earned me some criticism. You’re welcome to weigh in yourselves by following this LINK. Still, for the most part, I’m all for a ‘cash in' in the cinematic sense and I think it allows for some intriguing watches for the more curious folks exploring genre films.

The director of the previously mentioned Ipsploitation film, Li Li-Ming, had a previous run at the genre with the film Ip Man: Crisis Time. For those who have seen Kung Fu Master and thought it was a total ‘in-name-only’ cash grab at snagging some bucks from fans of the Wai Son Yip and Donnie Yen franchise, boy, are you in for a ride with this effort. Ip Man: Crisis Time is barely a film in any relation to the cinematic character representation of Bruce Lee’s teacher, but it’s surely a film converted into an Ip Man film at some point after its initial creation. 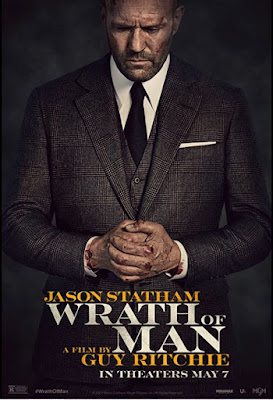 When I hear that there is a new film from Jason Statham and/or Guy Ritchie, I just assume I’m going to the movie theater for a good time. Both are oddly adept at comedy, despite their work in the action and thriller genres, and having them reteam up for the first time since Revolver seemed like it was going to be an enjoyable time at the theaters. While I will say that their latest, Wrath of Man, is quite an impressive film, it’s not one that I would call a “fun” time at the theaters. The goal of the film is not quips and quirks. Instead, Wrath of Man is a rather dire and dour experience that intends to explore the heavy material in answering the question, ‘what if a bad man becomes a devastating force of nature in trying to hunt down a specific group of bad men?’ The results may not be fun, but it might be one of the best from both Ritchie and Statham. 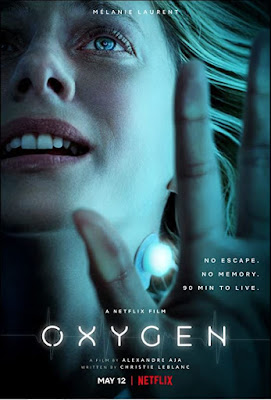 Although I am quite a fan of Alexandre Aja as a director, the general concept of his latest film, the Netflix released Oxygen, where a woman wakes up trapped in a high-tech cryotube, is still pretty basic. The buried alive motif is a relatively common one in genre storytelling and there are quite a few films that already do it with impressive results. Hell, even Ryan Reynolds was in a decent one, Buried, just a decade ago.

Imagine my surprise that Oxygen, originally titled O2, comes out looking to set the archetype for the modern ‘buried alive’ angle. It's a tight and impressively balanced techno-thriller, tense in its use of both the suffocating setting and the reveal of increasingly devastating information, that maximizes its mystery and its science fiction angle to deliver thrills and occasional chills. 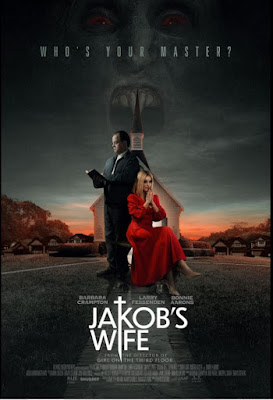 In my humble and often questionable opinion, most vampire films can be placed into two categories: hoity-toity castle artsy vampire cinema and buried in a dirty grave fun vampire flicks. Not that films can’t be both to some degree, as is the spectrum of film, but those are the two ends for me. Judging by the strong casting, the poster artwork, and the title, the expectations that came with Jakob’s Wife seemed to lean heavily toward hoity-toity. It would fit with the current state of horror trends and, quite frankly, I was sold on that idea. However, this film easily leans towards the latter category, albeit in a smart way. It’s a cinematic mixture of classic elements and modern twists. Not only are fans loving it, but critics seem to share the appreciation of the quirks and strengths of the film’s oddities in its choices. Jakob’s Wife is a stellar example of a team of creatives taking a tone and embracing both the silliness and the intelligence of its messages and delivery. 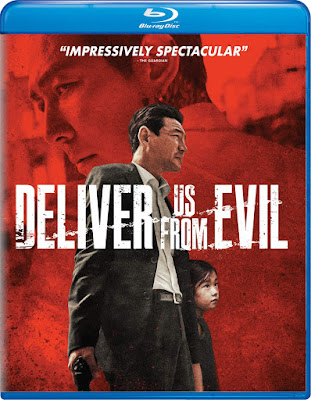 One time I had a friend of mine refer to action films that revolve around kidnapping as ‘search and destroy films,’ and it has been a phrase I tend to use for some time now. To be honest, I’m quite a fan of these search and destroy flicks, whether it’s a Taken knock-off or one of the SPL sequels. For the film Deliver Us from Evil, a title that sounds far more fitting for a religious horror film than an intense and brutal South Korean actioner, it’s the latter films that have the most influence on its intentions. At the baseline, it’s a fairly standard action thriller that even more casual fans of the genre or South Korean cinema can consume. With two key performances, some brutal action, and just enough heart, it’s hard not to love what Deliver Us from Evil is pushing despite its relatively generic approach to storytelling. 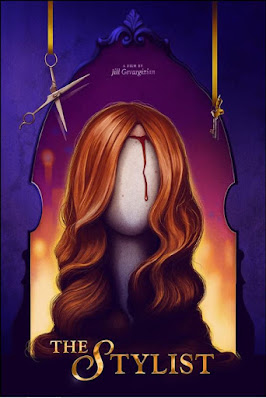 Originality is overrated. I’ve said it before and I’ll say it a million times on repeat until I bleed from my ears and eyes. It’s in the execution where a film finds its freshness. A willingness by its creative elements to own its history and define its future is key. The Stylist is absolutely a representation of that ideology. To boil down its concept to its bare bones for an audience to decide if it's worth its weight in plastic and paper, one could easily call this film Single White Female through the lens of Maniac. It’s not wrong to describe it that way, but it’s the execution of that viewpoint that crafts a stunning horror picture. The Stylist takes a little off the top and adds a bit of color and highlights to the mixture described, but the results are a stunningly nuanced, heartfelt, and often terrifying concoction ready for the horror runway.