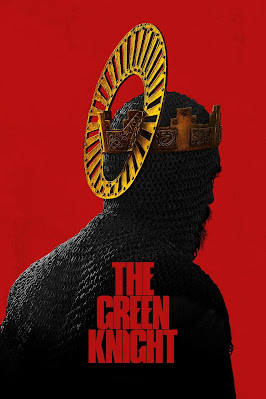 It ain’t easy being green. Although that phrase comes from a far different period of time and from a much different world of entertainment, the phrase seems fitting when looking down at the CinemaScore and Rotten Tomatoes audience reactions to The Green Knight. It’s a film that was relatively well-received by critics (and if you’re tempted to look down - you’ll see my own very favorable score for this one) and yet reads divisive among audiences. The appreciation for its bold visuals rings true across the board, but the rest… well, the rest of The Green Knight is up for debate.

This is not an unusual place to be for film studio A24 or director David Lowery. Both have had their fair share of critical acclaim and audience push back through their careers. Having Lowery jump on board the A24 train is a natural progression, but it’s the choice of subject matter with The Green Knight that is most surprising. An artistic fresh and bold take on the classic Arthurian legend and poem, The Green Knight is both a heightened and abrasively artsy assault on its viewer, but it’s also a slow burn and grounded version of it that focuses on realistic character emotions. It’s not easy being green and balancing those two often very different approaches in one film, but The Green Knight smoothly accomplishes the task with striking effectiveness.

Read more »
Posted by DarkReif at 9:56 PM No comments: 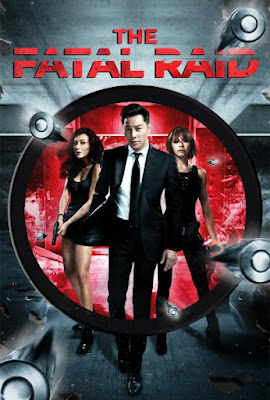 Nostalgia in cinema is not new. The 30-year window, where films will often look back 30 years into the past for period settings or cultural touchstones for current art, is real and relevant to most any time frame. Anyone that has been partaking in the sheer amount of late 80s and now 90s focused genre cinema in the last five years can attest to its power. The latest trailer for the upcoming Ghostbusters film uses it in all of the worst ways possible, but I digress. I’m already off track and I’m only four sentences into this piece.

This phenomenon is not just an American trend either. The Fatal Raid, a love letter to the 1980s ‘girls with guns’ subgenre of Hong Kong action cinema, reeks of a desperation to recapture the fun and flippancy of the genre with a modern sense of style and look. It’s a film with tongue often planted firmly in cheek, particularly with some of the secondary plot lines, that wavers in tone and effectiveness. However, for those looking for a fun and silly way to burn 90 minutes, The Fatal Raid is hardly a fatal choice. It’s just not the best one, even for the genre, but with the right mindset it suffices.

Read more »
Posted by DarkReif at 8:51 AM No comments: 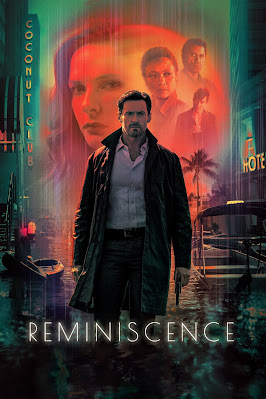 I've said it before and I'll say it again, I'm a sucker for strange and off-beat projects that attempt to do a lot of things. If they have an A-budget and attempt to slam multiple genres together, then even better. A-budget B-movies are my favorite and I refuse to just write them off even if they miss the mark.

Reminiscence is exactly that kind of movie. Big cash on the screen, strange combinations of genre work, and a film that regularly punts logic to the curb for the sake of embracing an oddity or two. Even with its many, many flaws, I found myself quite enjoying the weird of it all. 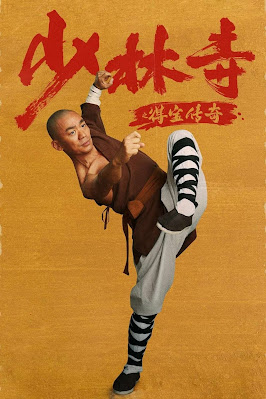 When the initial teaser dropped for Rising Shaolin: The Protector, a film that definitely doesn’t need such an unnecessary subtitle, the hype became overwhelming in my soul. As a massive fan of the Jet Li Shaolin Temple series, seeing a modern action icon like Wang Baoqiang pull off the series of Shaolin kung fu forms in various seasonal weather was all that I needed to justify seeing this film.

Granted, that hype was tempered by the phrase “directed by Stanley Tong.” Just the thought that a Stanley Tong film would be a red flag appalled the 15-year-old version of me in my heart. His early work on Super Cop 3 and Rumble in the Bronx helped guide me into Hong Kong cinema, but his recent work - the inept lunacy of Vanguard and Kung Fu Yoga - is incredibly disappointing. Even with a passion project like Rising Shaolin, it was hard not to have traumatic flashbacks to his recent films.

Read more »
Posted by DarkReif at 9:15 PM No comments: 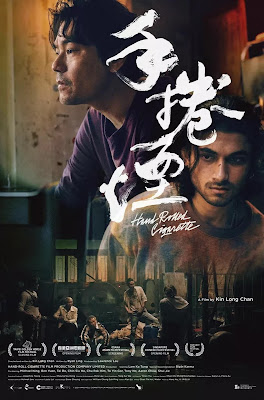 “To those who keep working hard for Hong Kong cinema, passing the flame to future generations.”

These are some of the final words that scrawl across the end credits of Hand Rolled Cigarette, the 2020 Hong Kong crime thriller which has quietly earned a fistful of accolades prior to its most recent screening at the New York Asian Film Festival. For a film so indebted to recapturing some of the gritty artistic merit of late 80s and early 90s Hong Kong capers, it’s a resounding punctuation to the film’s punchy third act. However, it’s a fitting one that exists as a magnetic pole to guide the themes, style, and choices being made throughout the film.

Considering the director, Kin Long Chan, is crafting his debut with Hand Rolled Cigarette - it’s also a statement of intent, shepherded by an obvious love for the heavyweights of the previously mentioned ‘golden era.’ The choices laid out on the table by Chan should not surprise, really, particularly with his past cinematic history.

Read more »
Posted by DarkReif at 6:51 PM No comments: 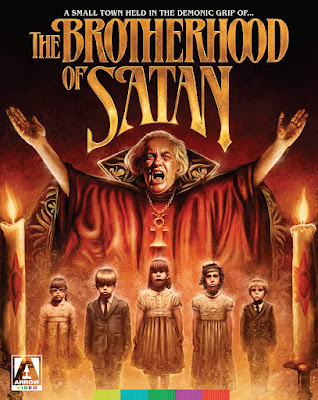 As a cinephile dedicated to the strange corners, odd trends, and genre aspects of the cinematic world, Satanic cult films are a subgenre that I often visit and revisit from time to time. It’s not unusual to partake in a few new ones a year, whether they are recently made or re-released relics of a mostly forgotten era. Although The Brotherhood of Satan popped up occasionally in my exploration of the genre, it was a film that never piqued my interest enough to seek out. Especially after noticing the lukewarm reception even from the diehard fans. The announcement that the film would be part of the Arrow Video slate in 2021 was a bit of a shock considering its lack of stature in the genre. It’s not that the iconic distribution label, one that has made it a goal to uncover long lost “classics,” is above misfires. Hardly. This company did release Blu Rays for Satan’s Blade and Microwave Massacre after all. Yet, my expectations were relatively middling going into this oft overlooked early 70s flick.

However, The Brotherhood of Satan is both a surprise in quality and perplexingly off the mark. It falls in a strange place between exploitation fun and artistic merit, never hitting the wild roller coaster thrills of a film like Devil Rides Out or the artistry and smarts of a film like The Wicker Man. It’s better than expected in its attempts at uplifting its meandering script, but it’s also utterly bogged down by odd structure, leaps of logic, and glacial pacing.

During the final action sequence, an epiphany came to me. The culminating chess game between the two leads of the film, Donnie Yen and Nicholas Tse, erupts into a full Michael Mann street war. On one side, cops in Kevlar vests and tactical gear. They storm the streets of Hong Kong, determined to disrupt the burglary in progress. On the other side, sharply suited villains armed to the teeth with automatic rifles and grenades aiming to make off with a significant heist, and nothing - not even an army of well-armed police officers, will stand in their way. It’s an explosive set-piece, erupting in rollicking explosions, showers of glass, and concussive blasts of gunfire where no character is safe and the tension has built to snarling intensity.

That’s not the epiphany. That’s just the setup.

Read more »
Posted by DarkReif at 7:20 PM No comments: