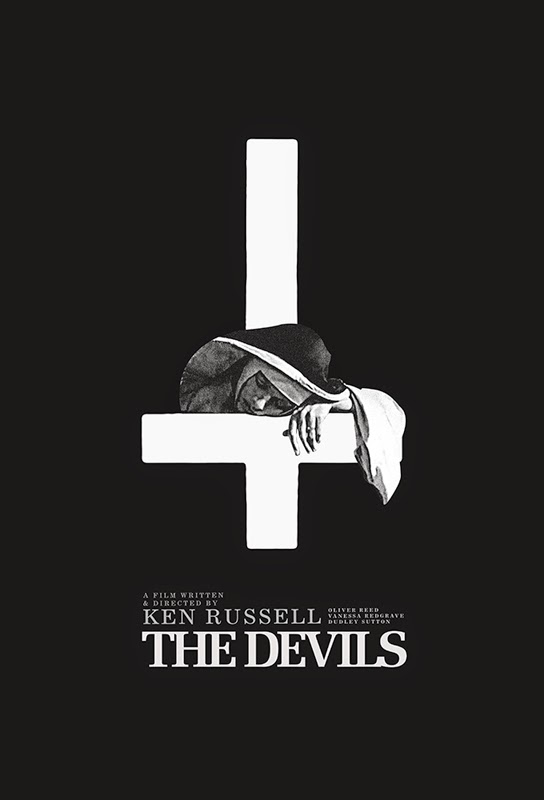 I have never seen a movie so controversial that the film industry has done their damnest to sweep it under the rug, dump it in a well and cover with ten feet of concrete. Ken Russell's "The Devils" has literally vanished but thanks to a large group of film fans the film has lived on, in circles of unauthorized releases on DVD and video. What's amazing is that this wonderful, truly provocative and shocking motion picture was financially backed by Warner Brothers, one of the leading film studios. This is not some little, independent film that shook the pillars of hell with the censors. This is a grand scale production with A list stars, production values and filmmakers that truly deserves to be re-discovered by open minded film lovers.

This period piece horror drama takes place in the 1600's where a Catholic Priest (Oliver Reed) is abusing his power in a small village that is home to a covenant of nuns. The mother superior (Vanessa Redgrave) has a secret crush on the towns priest and when he marries, she becomes insanely jealous and in turn turns vulgar and blasphemous in order to convince the Cardinal that the Priest has turned herself and covenant into Satan worshippers.

Ken Russell pushes the limits of acceptability in this brooding yet elegantly beautiful picture. There is disturbing allegorical imagery throughout which includes blasphemous images of all kinds. We are talking about nuns running amok, naked and doing all sorts of depraved actions. In other words most of the movie going public found this insanely offensive, including the heads of Warner Brothers who ordered the film heavily cut before release, which predictably hurts the overall impact of the film.

Though the film is mostly known for its shocking imagery, the characters are also darkly complex and in turn make the story truly engrossing. Oliver Reed begins as a corrupt priest only concerned about his own indulgences before truly falling in love and thus his character arc flip-flops. One truly despises him in the beginning only to have their emotions turned to feel pity for the horrors the Catholic Church judges him by. Oliver Reeds performance is the best of his career and one of the most monumental performances I have ever seen and it's a damn shame the controversial nature of the film got him overlooked for a potential Oscar nomination. Vanessa Redgrave also turns in a performance for the ages as the jealous hunchbacked nun that will do any heinous act in order to get her love convicted.

Ken Russell's trademark direction is in full effect with his eccentricities rearing their heads at every turn with unforgettable imagery and truly bizarre characters. He gives the film a grand, amazing look with mesmerizing cinematography and astonishing set pieces. His style gives the film an aesthetic feel while at the same time giving it a sense of sheer anarchy as he puts the Catholic church on the stand to be judged. If I can complain about one thing is that some of Russell's shocking imagery has lost its impact over the years and can now come off a little over-the-top and just plain ridiculous, though for the most part it is still is as shocking as it has ever been.

I cannot praise "The Devils" enough as it is a provocative masterpiece that induces the viewers raw, primal emotions. The film may be mostly known for its shocking imagery (which later spawned the bastard subgenre of the "nunsploitation" features that overtook Europe) but the film is far more than just a "shock film." The film covers a range of subjects from complex human emotions of depravity and hatred to the corruption of an organization that was founded to spread love and caring. This, as you can tell, is not a film for everyone as many will just find the film offensive which I can totally understand. If that emotion can be quelled then one can truly praise this film for what it is... an intelligent masterpiece for viewers with an open mind.

Due to the controversial nature of the film, Warner Brothers is sitting on it instead of releasing it to the public despite numerous petitions for the film to get a proper release, especially in its uncut format. Fans however have cultivated an extended version of the film (though stated as 'uncut', it is still missing a few scenes) which has been unleashed as an unauthorized version on DVD. The DVD is far from perfect, with picture quality that looks equivalent to a VHS, but for now this is the ONLY way to obtain the film in its extended version. For me this DVD was well worth the purchase as Warner Brothers will most likely never release the film again... but I still keep my fingers crossed.

Written By Eric Reifschneider
Posted by Cronosmantas at 10:59 PM