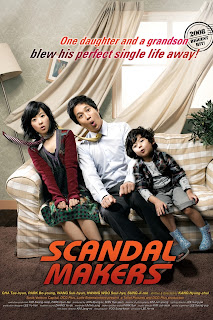 A film I've watched at least a dozen times since seeing it a few years back, and each and every time, I find more and more to love about it. While it is pretty predictable, it is so well crafted and confident in its style and comedy, that it more than makes up for its slight predictability.

Sometimes its not about coming up with something new, but rather telling a familiar story, just doing so better and with more gravitas, and this is a borderline master class in doing so. I believe this film to be the definitive family film from Korea. 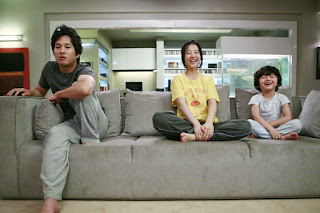 Scandal Makers a.k.a Speedy Scandal a.k.a Speedy Family, and so on with its dozen alternate English titles, delivers quite well on all fronts, from the stellar acting of its trio of leads, to excellent cinematography complete with creative editing and accompanying visual gags, to the tonal shift from heavy comedy to heartbreaking family drama.

I don't believe the story here is all that important, though it is well done, but doesn't need to be really stressed on, as it isn't the highlight of the film. It is a great part, but the chemistry, along with the technical elements, truly render the story as a momentum device, to keep you going along, rather than the main course, the heartfelt relationship that buds between these three family members, which keeps you content all the way through. 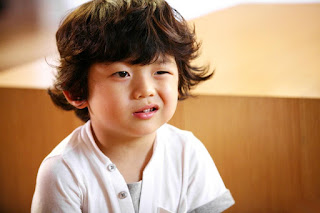 For a family film, and in this style, it's got it all and then some. As I said, I find myself noticing more and more, even little details in the background, meticulously designed to notice upon repeat viewings. I appreciate when a film is steeped in its own world, even when that place is primarily designed for entertainment rather than something artsy and meaningful.

Scandal Makers doesn't strive to be anything more than what it is, a solid comedy meant to appeal to nearly everyone, but the level of passion felt in the final product is so great that it exceeds that mark and lands right in the realm of great comedy films of all-time. Perhaps a bold statement, but one I can stand by confidently. 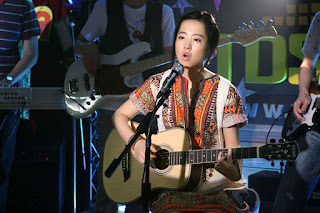 It's cute, it's absolutely hilarious and manages to tug at my heartstrings every time. It's sort of the ultimate family picture, as I said, and anyone at any age can sit down and appreciate this film in some shape or form. An absolute delight and a film that deserves to be mentioned in any 'best of' Korean cinema list out there.