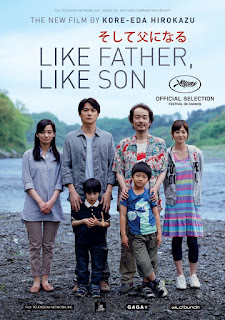 Concepts like this, which apparently have happened quite a bit in Japan, and I'm sure elsewhere, tend to get predetermined reactions and answers on what people would do in said situation, which is to have your child mistakenly swapped with another set of parents' child. I know exactly how I would react had as much time passed in the situation as it had for this film's sets of parents. You love who you grow with, and suddenly losing that will take a certain toll on you. 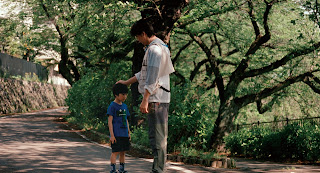 I wasn't sure I could go along with the movie as I thought the lead father's reaction to the whole situation is absurd, but apparently multiple people really do think this way. Without getting too much into my own personal beliefs, I can safely say that Like Father, Like Son is one of Koreeda's best films I have seen thus far. Very powerful, though you spend the majority of the film wanting to backhand the lead father.

That being said, regardless of my frustration with him as a human being (character), Masaharu Fukuyama does an excellent job in portraying such a self-absorbed human being, that he would blindly destroy his own family, just to get his own blood back. The rest of the family, well both familes, children and parents, give all very solid performances. There is a lot of Japanese customs and values that the film is steeped in, but even then, there is eventually a breaking point for everyone. The emotions are very strong, but emitted very subtly, something Director Koreeda always delivers in spades. 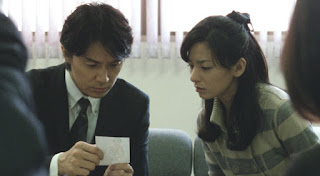 Overall Like Father, Like Son is very excellent. I can't really find much to complain with, other than not seeing things eye to eye with the lead character, but that's life, and it is echoed greatly in this film. A great story, with an interesting concept, accompanied with a wonderful character arc, and some nice cinematography and you have what I believe to be one of the finest films of 2013. Give it a go!