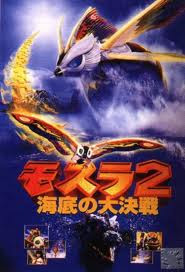 
The “Mothra” reboot “Rebirth of Mothra” didn’t exactly leave me clamoring for more upon its conclusion thanks to Toho solely pandering our flying kaiju to children. With Godzilla dead and America moving on with a remake with Big G, Mothra was really the only giant monster Toho had to roll with hence they forged on with this sequel. Sadly my instincts were right and Toho still went the childish approach, only with more stupidity.

While people are getting attacked by mutant killer starfish (huh?!) a trio of kids discover a mystical furry creature that attracts the attention of our villainous fairy of the first film. It seems these mutant starfish (I can’t believe I just typed that twice) are there result of a giant evil monster (go figure) that is somehow tied to a giant underwater temple that just rose from the ocean like a mighty phoenix (confused yet?!). The children and a duo of clumsy thieves get caunght in the temple and soon it’s up to Mothra and her two fairies to save the day. 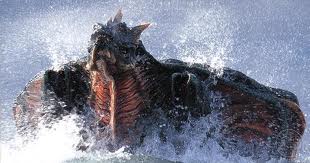 Whereas the first “Rebirth of Mothra” film had a message about the horrors of cutting down forests, this one drives the unsubtle message of polluting the oceans so it’s a fashback to early 70s era Godzilla all over again. To top it off this entry is loaded to the brim with stupidity, like mutant starfish that burn people’s faces with acid. Hell even our mystical “Ferbie” reject has magical piss that heals injuries. I didn’t know whether to laugh or cry at the childish insanity filtering through my television into my brain. Hell the climax has our mighty Mothra morph into a ‘sleeker’ looking moth (why I’m not quite sure) and flying into the belly of our giant beast to blast mutant starfish with laser beams. Were these filmmakers on crack when they wrote this? 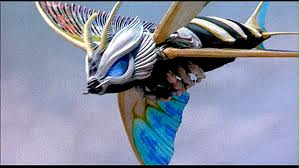 Godzilla was always cool enough to have audiences look past many of the insane plot devices but Mothra is just dorky enough to make these childish shinagins just plain annoying. I can just imagine adult fans of Toho’s “Godzilla” franchise and “Toho Universe” in general being sorely disappointed that Mothra, the loveable icon of the “Godzilla” series, being reduced to this childish rubbish. Still it must have been popular with the kiddies as a third film would be soon to follow but it was never given a stateside home video release so don’t expect me to be hunting down “Rebirth of Mothra III” anytime soon.

Written By Eric Reifschneider
Posted by Cronosmantas at 11:29 AM