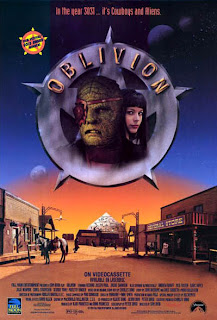 
No one would ever claim Full Moon films to be ‘original’ but nearly two decades before the big Hollywood production “Cowboys & Aliens” Charles Band and crew were first to have other worldly beings shooting it out in the dusty plains of the wild west. Hell the tagline was even “In the Year 3031… It’s Cowboys and Aliens”. Though Band’s artistic vision was much larger than his wallet could provide (Unlike the newer Hollywood film), the final results is one of the most entertaining films to emerge from the Full Moon factory in its classic era of the early 90s. 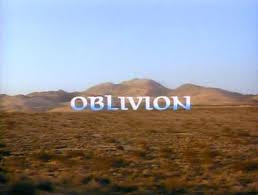 A reptilian alien known as ‘Red Eye’ slinks into the wild west town of Oblivion gunning down the sheriff in an unfair duel. While Red Eye and his motley crew of misfits (my personal favorite being Lash… a sexy little thing that gets her kicks from whipping innocent folk) plummet the town into anarchy, the sheriff’s disenchanted son and his new native friend make their way to Oblivion to clean up the scum. 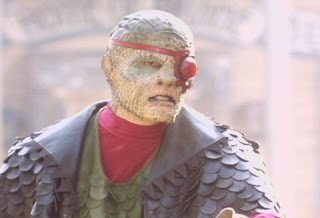 Despite the budget the film is loaded with an impressive ‘who’s who’ cast of character actors: Meg Foster (“They Live”, “Masters of the Universe”) and her hypnotic eyes as a cyborgnetic deputy, George Takei (Sulu from “Star Trek”) as a drunk doctor, Julie Newmar (Catwoman in the original “Batman” series) as a prostitute, Carel Struycken (Lurch of the “Adams Family” films) as an undertaker, Andrew Divoff (“Wishmaster”) as the despicable villain and Isaac Hayes (“Escape from New York”, “Truck Turner”) in small role as a banker. It may not be a ‘Harrison Ford’ caliber cast but all considering it’s impressive and it’s fun to play ‘spot the actor’. 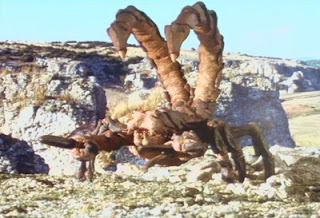 The plot is tired western cliché material about vengeance but the addition of the unique set designs (street lights with fans is especially odd) and curious alien compositions breathe life into the tired plot devices. The highlight for me was the utilization of cool David Allen stop motion effects for “night scorps”, nasty giant scorpions that are eager to to drag victims into the night for disembowelment. Damn I miss the grand work of Mr. Allen. 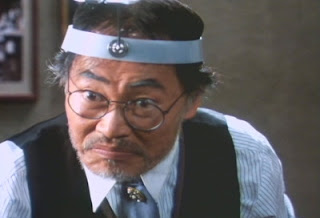 “Oblivion” is pure B-movie entertainment that only the likes of Charles Band could deliver. Like usual his ambitions are more than his budget could allow for but that’s part of the charm of his productions. There’s enough interesting visuals and characters to entertain both adults and older children alike (there are a few graphic sequences, one involving a poison frog attack and the other a night scorpion dismemberment) despite its cliché script. This makes it easy to see why “Oblivion” has gained a small cult following over the years and it really marked the end of the classic era of Full Moon productions as soon after Paramount Pictures and Full Moon parted ways leaving its sequel “Backlash: Oblivion 2” (which “Oblivion” was filmed back-to-back with) to wither on rental shelves in… what else… oblivion.

Written By Eric Reifschneider﻿
Posted by Cronosmantas at 7:50 PM