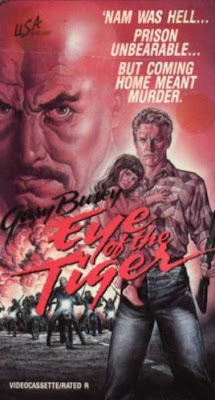 EYE OF THE TIGER﻿


Ever thought they would make a revenge flick inspired by the award winning theme song from “Rock III”? Neither did I but I’ll be damned they did. I figured they just used the song name as inspiration for the title of the film but sure shit they actually use the famous Survivor song in the film multiple times. It’s just a damn shame such a kick ass inspirational rock song inspired such a connect-the-dot run-of-the-mill revenge flick. 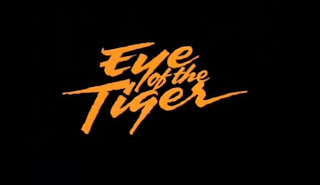 Recently released from prison for killing a man in self-defense, a Vietnam vet (Gary Busey) heads back to his home town unwelcomed by the corrupt local sheriff. It seems he’s on the payroll of a local drug running biker gang. When Busy’s wife gets killed after he saves a girl from being raped by the bikers, he calls a contact from prison to get souped up pick-up with weaponry to get vengeance. 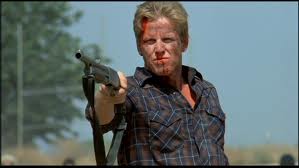 Director Richard C. Sarafian (“Vanishing Point”) just doesn’t know how to make a real noxious revenge flick as it is just deficient of the grittiness and nastiness of many its counterparts released in the 80s. Busey also lacks the emotions necessary for someone willing to go on a “death wish” for vengeance. The villians are also superficial, not having a true face and genre legend William Smith is completely wasted as the leader of the biker gang. 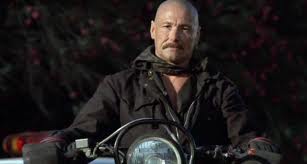 Despite the kick-ass title song pilfered from “Rock III”, “Eye of the Tiger” is a disappointing revenge flick that fails to go the extra mile that other films of the same ilk weren’t afraid to go. There is a few good action sequences but the wasted cast potential (Yaphet Kotto collects an easy paycheck) makes this an easily glazed over entry in the genre.