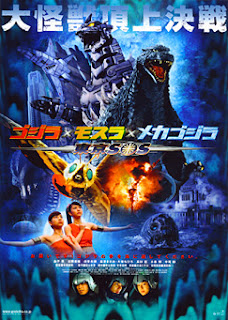 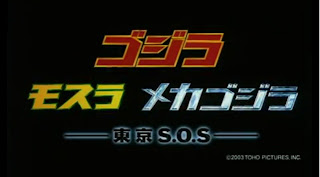 After getting his ass kicked (while dishing out a fair share of his own ass kicking), Godzilla is hibernating in the pacific ocean to heal while the Japanese Government is franticly try to repair MechaG before Godzilla rises again. A problem arrises when Mothra and her fairies appear, warning a mechanic to close down the MechaG project and to return the original Godzilla’s bones to the sea (it’s a long story… read my review of the last film for that ridiculous plot concept).

Thanks for Toho making this a direct sequel, time doesn’t have to be wasted on ‘re-establishing’ Godzilla like all the other damn reboots and we can get right into the meat-and-potatoes of the film. Fans of Toho’s universe will enjoy seeing Mothra in the mix but why exactly does Mothra give a shit about the original Godzilla’s bones? And why does Mothra and the faires warn a measly mechanic as opposed to someone with actual authority? These are just minor quibbles that I have with what seems like every “Godzilla” film. I did appreaciate the fact the filmmakers brought back actor Hiroshi Koizumi reprising his role from the 1961 film “Mothra” make a nice connection to the older films in the Toho Universe.

“Godzilla: Tokyo S.O.S.” is a fun 27th entry into the franchise with nifty special effects and a lot of destruction, but let’s face it as it has become “the same ‘ol same ‘ol”. Watching as many of these films in a row as I have might wear on the nerves a bit as really nothing new is introduced into the Godzilla formula. Still it’s great to see a sequel with actual continuity without ‘rebooting’ the damn series again and the ties to the older Toho Universe films is pleasing to fans. Sadly the continuity would end here as the next film, the ‘final’ entry into the franchise, again cuts all ties.