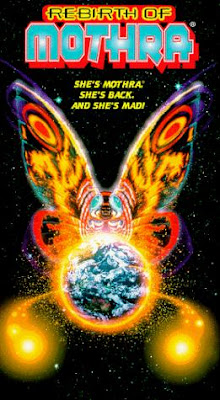 
Fans were distraught after Toho killed off Godzilla in “Godzilla vs. Destroyah” to make way for America’s big budget 1998 remake. Though Big G was dead (for the time being) Toho promised that they were not done with Kaiju films and thus decided to reboot the “Mothra” franchise. The first of what would become a new trilogy was simply titled “Mothra” (retitled “Rebirth of Mothra” for the United States) but this is not a remake of the 1961 film of the same name. It is instead a completely new story built around the original Mothra mythology with a major difference… to fans dismay this one is strictly geared towards kids. 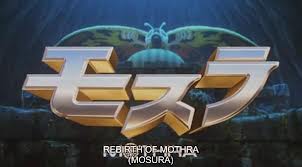 During a deforestation project, a father unwittingly removes a sacred stone which awakens a giant monster known as “Death Ghidorah” (a four legged version of the Godzilla villain Ghidorah that makes elephant sounds). Now Mothra and her twin fairies have to defeat an evil fairy to trap Death Ghidorah before it destroys the world. 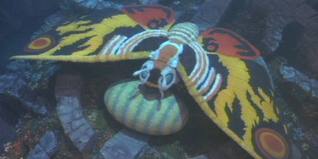 The special effects are good, on par with previous “Godzilla” films especially with the evil fairy Belvera and her flying dragon. The fairies, played by different actresses, are also just as adequate. The opening 30 minutes are also beautiful with amazing visuals of the northern forest in Japan, a welcome deviation from the model city settings of Godzilla films. So what’s the problem? The film is just too damn childish for my taste. 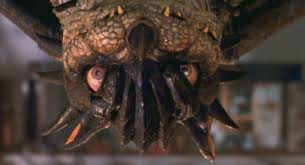 I thoroughly enjoyed the original “Mothra” and like many fans of the “Godzilla” franchise I was sorely disappointed by the new younger audience approach to this reboot. Sure the “Godzilla” films also have an appeal to kids but they are equally enjoyable for adults, much along the lines of “Star Wars” films. This however will try the patience of adult fans of the Kaiju “Toho Universe”. As a kids film it’s got great visuals and amusing fairy battles, but adults might want to pass. Hopefully sequels to come will appeal more to my adult sensibilities.

Written By Eric Reifschneider﻿
Posted by Cronosmantas at 8:29 PM