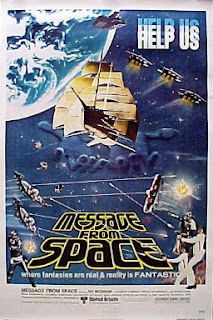 
“Star Wars” mania infected every orifice of the globe and in turn many countries began churning out copy-cat films with only a fraction of the budget to cash-in on the phenomenon. Homegrown here in the United States we had “Battle Beyond the Stars”, in Europe (Italy to be specific) we had “StarCrash” and over in the Far East we had “Message from Space” hailing from Japan. Out of the holy trinity of “Star Wars” cash-ins, “Message from Space” is perhaps the biggest rip-off and borrows more aspects from “Star Wars” than any other film. So much in fact that the production company got the Japanese government to post-pon the release of “Star Wars” by a year in order for their film to get first dibs in the country. 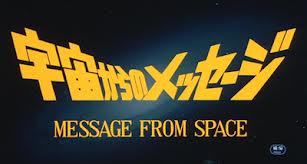 An evil galactic empire is giving chase to a princess trying to find help to save her home world from their destruction (sound familiar?). Her people send out 8 magic walnuts into the galaxy to find brave soldiers to help the rebellion and destroy their ‘death star’ for good before it reaches Earth. 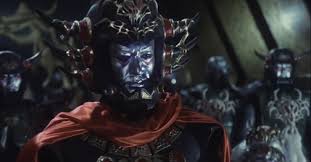 Being a “Star Wars” cash-in fans will have fun finding all the elements the filmmakers rip-off including and not limited to musical cues, sound effects, trench fighter warfare and even a cantina sequence (complete with a robot with pink salad bowl tits!). However with all the cues “Message from Space” stole from “Star Wars”, George Lucas seemed to steal almost as much from “Message from Space” for his later sequels “The Empire Strikes Back” and “Return of the Jedi”. This includes a holographic image of the emperor, a few set designs and the climactic battle of flying into a space fortress which would be lifted for the climax in “Return of the Jedi”. 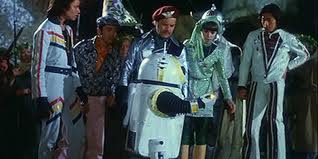 Made on a budget of $7 million dollars “Message from Space” at the time was the highest budgeted film ever made in Japan but still paled in comparison to American film budgets. Due to this the special effects leave a LOT to be desired with noticeable blue-screens and obvious model ships flying on strings. The special effects are comparable to “StarCrash” and have a low budget charm of their own but fans looking for “Star Wars”-level effects are going to be sorely disappointed. The filmmakers were however able to hire an impressive cast including American actor Vic Morrow (who was later tragically killed on the set of “Twilight Zone: The Movie”), Sonny Chiba (“The Street Fighter” trilogy, “Kill Bill”) and the lovely Etsuko Shihomi (“Sister Street Fighter” Tetralogy) just to name a few. 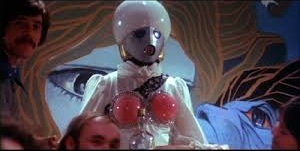 “Message from Space” is a campy space opera delight that, like most other “Star Wars” rip-offs, doesn’t have the budget to fully realize the filmmakers artistic vision. Even with its budgetary limitations for the concept, Kinji Fukasaku (“The Green Slime”, “Battle Royale”) still is able to get an impressive cast and even some impressive set designs. I mean how can a “Star Wars” cash-in with glowing space walnuts, sonny chiba and a pink-breasted android not be at least a little fun? Director Kinji Fukasaku would later rework the plot into a traditional Japanese fantasy picture titled “Legend of the Eight Samurai” with many of the same cast members returning.

Written By Eric Reifschneider
Posted by Cronosmantas at 8:32 AM