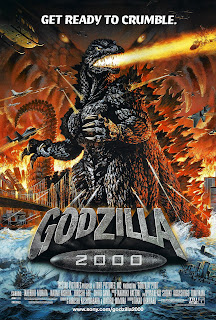 
After the 1998 American remake monstrosity that called itself “Godzilla”, Toho seemed embarrassed by America’s attempted take on their legendary character. In what seems like a retaliatory response Toho decided to revive their franchise and within a year of the theatrical release of their American counterpart “Godzilla 2000” was released, the first of what would become the “Millennium Era” of the franchise and the 23rd entry overall. Though not a terrific entry in the series, it was a satisfying rebirth of the character and a nice “apology” for that ‘other’ Americanized film. 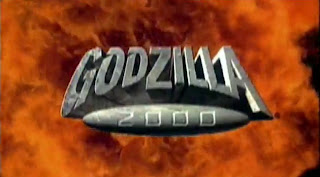 The plot is a reboot of a franchise and ignores all the other sequels except the 1954 original. All has been quiet for decades but surprise, surprise a new Godzilla appears out of the fog. This isn’t the only problem as the Japanese military has discovered a giant strange hollow rock in the ocean that humorously flies around Tokyo, crash-landing on buildings in order to utilize invisible tentacles to gather information on Earth (yes it is as strange as it sounds). Soon the alien becomes interested in Godzilla and gathers some G-cells to form itself into some bastardardized clone called Orga, that happens to be Big G’s biggest foe to date. 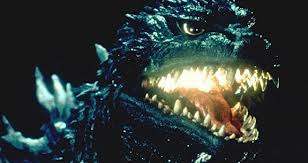 What’s interesting about this reboot is that it introduces a monster for Godzilla to fight, an aspect I didn’t expect as the 1984 reboot “Godzilla 1985” had Big G all by his lonesome. This new creature is also badass looking, big enough to even attempt to swallow Godzilla (a bad move on its part… BOOM!). The new special effects are, for the most part, spectacular for the time (especially for a Japanese film, whose budgets are meniscal compared to Hollywood productions). By this time most films utilized CGI effects so the mixture of traditional suits and a CGI is interesting. However there are a few scenes of tremendously awful CGI, including a computer generated swimming Godzilla and an atrocious looking alien when it first emerges from its hollow fling rock. 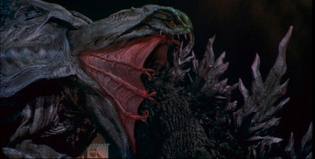 Overall “Godzilla 2000” was a satisfying return of the legendary icon and Big G’s new makeover is pretty cool with his super large dorsal spines. Fans of Toho’s mile long franchise should be satisfied with the outcome even if the plot is thin as a pancake. Hell even Tri-Star Pictures was impressed and gave “Godzilla 2000” a theatrical release in the United States (confusing many people into thinking it was a sequel to the American “Godzilla), the first for a traditional “Godzilla” film since the 1984 release of “Godzilla 1985”. Despite a theatrical release in the states it didn’t rock the box office and would be the last ‘true’ “Godzilla film to date to get the luxury of an American theatrical release.

Written By Eric Reifschneider﻿
Posted by Cronosmantas at 10:04 PM