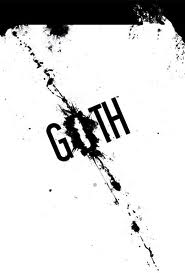 Although taking a trip into the psyche of two misunderstood Japanese youth was not quite what I expected from "Goth", the journey there on film was a well executed and often intriguing experience. Perhaps it wasn't the horrific serial killer thriller I was expecting, but the end result was an almost dream like spiral into the interactions and connections of two fascinating characters whose own lives feel unfulfilled. "Goth" is more like a dramatic character study set to the background of a serial killer investigation, rather than a true thriller. Thusly, don't get your expectations for one to only find something else.

Kamiyama (Kanata) and Morino (Rin) are two high school kids obsessed with death. When a serial killer comes to town leaving his young female victims with only one hand and sitting in public places, they instantly form a connection to each other as they try to follow the crimes. When Morino happens upon the killer's diary, they decide to try and get close to the killer...perhaps too close.

As I stated above, I certainly did not expect "Goth" to take the subtle character driven route to tell this story. That doesn't mean that director Takahashi doesn't execute it in a fantastic and deep manner. The two leads own the massively subtle script (which is based on a book/manga that's divided into short stories) and their often unapproachable characters with an artist's touch. The execution of this highly detail oriented tale and the strength of its leads definitely lifts the artistic balance of this film to a very high level. A level where my initial reactions to the film greatly differed from those after thinking about the film for a few hours and sitting on what I just witnessed.
This artistic flair is also forced to the forefront with the visual style of the film. "Goth" contains an almost dream like quality to how it goes about creating its shots and its color distortions. Although the dreary muted colors often became an annoyance of style, the way that it ignites the whites on screen (including Kamiyama's shirt which is, at times, like staring into the sun) gives the film a very unique look. Matched with the subtlety of its script and quietness of the characters, "Goth" is like watching someone else's disturbed dream at times.

The larger issue that is presented by this stylistic choice for the film is the fact that it rarely feels like the film is going to go anywhere. The premise of the serial killer cooks the film off to a start where it ceases to really move all that much (beyond character work) until Morino finds the diary. Even then it feels as though the true plot of the film seems to be secondary to our character study. This makes for a film of significant slow burn, one where I found myself craving it to kick it up a notch to really push the audience there...and the film never really does. Even when the two discover the killer's identity and make their presences known to him/her (no spoilers here!), there seems to be a lack of urgency in the film's pacing. A price that leaves its ending almost too lackluster for my tastes.

"Goth" was a surprising path for a serial killer thriller film to take. It's focus on the leads' relationship and their psychological growth makes for a wonderful and artistic drama that hones in on its visual flair and subtle moments. It also makes for a somewhat boring thriller that rarely gives us the punch we so desperately need by the end of the film. Mostly for fans of good solid artistic thrillers...which we are here at Blood Brothers.

Written By Matt Reifschneider
Posted by DarkReif at 12:51 AM