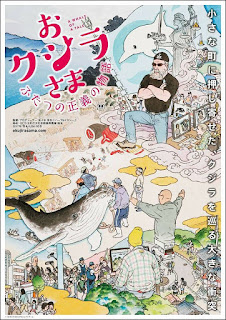 A small, seemingly unknown town in Japan, Taiji, suddenly found itself propelled into the spotlight, under the fire of environmentalists and animal activists from all across the world when they were the subject at hand for the 2010 documentary, The Cove, which went on to win an Academy Award for Best Documentary Feature the year that it was released. Flash forward some years later, and this little town of whalers is being put back into the spotlight, even bigger than they had ever imagined they would be. From a town that no one talked about, to a sudden battleground, front and center of a discussion of whether or not whaling, a tradition for some 400 years for this community, is okay to continue as it is both a source of food and a cultural staple for this town, or are the creatures that are being hunted in these waters more than sport to be killed and in fact are highly intelligible creatures that deserve to be protected at all costs? A Whale of a Tale takes the refreshing perspective of taking a neutral stance by way of showing both sides of the debate at great length, creating one of the best documentaries to see in the last several years.

Firstly, it is wonderful to see an animal focused documentary take a different route in presenting its questions. It is very much about the whales (and dolphins) here, but instead of focusing on a barrage footage of grotesque slaughtering and torture, leaning so specifically in one direction, it decides to take a stance in between the two opposing groups of the question at hand: Is it okay for these creatures to be hunted, and to what effect? We see the animal rights activists setting up camp along the cove where the local whalers come down to trap and hunt. They are clearly familiar with one another as during the beginnings of the documentary, you can see that they refer to each other on a first name basis. It has been a long ongoing battle to come up with some sort of conclusion and it isn't reaching any agreement between the two parties anytime soon it would seem. In the middle of all of this heat and bantering back and forth between the two groups, we get an American journalist by the name of Jay Alabaster, who has lived in Japan for some 18 years, who moves to Taiji to give a neutral matter of fact middle ground to analyze the issue from both sides.

Initially embarking on this journey, worry came to mind as I thought this may be a one-sided angry piece that shuns those who hunt, or in fact even trash those who wish to see the animals out of harms way, but as Mr. Alabaster came into play and once you realize that he is very neutral on the whole issue (even often wearing a neon yellow hat when he traverses the town, a symbol of neutrality) and thinks more logically versus emotionally, it becomes reassuring in its showcasing and debating of the overall issue. There are some nice moments that come throughout that show that the hunters aren't just heinous killers and they don't ever really get portrayed entirely as bad guys, which is wonderful. We see them in their homes, eating with their families, or even dining out with Jay at one point, calling him their friend. We get a real sense of the community here even within this structure, we see numerous points of view brought up by the locals, such as concerns with mercury intake from the fish, if they are endangered or near it, and so on.

In the end, I was thoroughly engaged with A Whale of a Tale. As I've mentioned several times now, it's so nice to see both sides of the argument presented in an intelligent and unbiased way from the perspective of the filmmaker presenting the subject. On a technical side, it's got a quite nice look to it overall and shows all sorts of angles and different looks of the town and the hunting and so on. There are actually some interesting debates that come up that involve the mayor of Taiji. You see the flaws on each end of the spectrum and really makes you as an observer question the whole thing. It will leave you thinking and that is the best thing a documentary of this nature can do. For those who care about this issue or documentary goers in general, there is a lot to like here, and it unlike many other docs that I have seen, it is one that I wish to study up on more in depth, and is sure to have a revisit in the future.