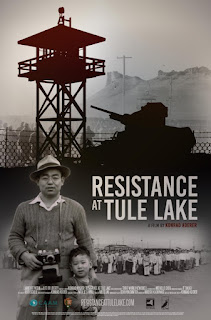 Resistance at Tule Lake tells the long-suppressed story of 12,000 Japanese Americans who dared to resist the U.S. government's program of mass incarceration during World War II. Branded as 'disloyals' and re-imprisoned at Tule Lake Segregation Center, they continued to protest in the face of militarized violence, and thousands renounced their U.S. citizenship. Giving voice to experiences that have been marginalized for over 70 years, this documentary challenges the nationalist, one-sided ideal of wartime 'loyalty.' - Subject summary commonly found online.

I typically wouldn't copy and paste a summary of a subject matter, but for a film of this nature, I wished to have it accurate as the weight of its story and nature in general is of great importance and I didn't wish to get a single fact wrong. Moving on, Resistance at Tule Lake is a beautiful and heartbreaking story that seems to have been practically hidden from the typical learning of history in America, but has since come out to the forefront, thanks to the filmmaker and this powerful documentary on the prisoners who rose against the oppression from the government during such a time of great friction between the nation and Japan. The survivors of this internment camp recount both their experiences and how this tragic time in American history shaped them into the people and more bravely, the continued patriots that they are to this very day.

I won't deny the relevance of this documentary in our current times of racial tension in the country, and the impact that it will surely leave on the many viewers who experience it, and the mere fact that this is a very much unheard of and important part of American that has seemingly went untold. The historical value is rich and the importance is of no doubt, but the powerful content embedded within this documentary is undermined by a run-of-the-mill format for a typical educational film of this style. For starters, the voiceover is entirely bland and carries no weight for the heavy subject matter. I get that it is trying to be informational and give a solid tone in its narration, but the voice carrying said narrative is bland and leaves the viewer uninspired and more tragically, given the powerful story being presented, uninterested. I had to force myself to stay focused, which is pathetic, as it only sits at about ninety minutes or so, typically a brisk and memorable experience with most documentaries.

Furthermore it does nothing to stand out from other educational docs. It feels so by the numbers that I see the sheer blandness of its execution only appealing to school systems that plan to play this in front of students. I assure you once again, that the story being told is powerful, and has me dying to dig deeper to further educate myself on this slice of history, but the typical movie goer isn't going to have their interest held by this. As full of life and passion that the interviewees were as they bravely recounted their stories, the overarching product feels bloated and uninspired, which is sad, as a bolder approach in execution could've propelled this to the realm of truly great documentaries, but will sadly be shelved and occasionally dusted off at libraries throughout the world. 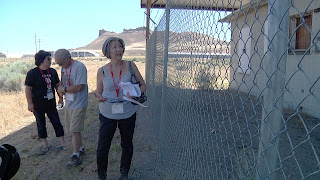 I feel as if I am completely trashing the film, but if you can keep yourself focused and not fall asleep from the bland and uninspired narrator, you will be amazed and moved by this group of brave souls who dared to resist oppression during a dire time for the Japanese during this time in American history. These individuals deserve to have their voices heard after such long silence. Resistance at Tule Lake provides a rich and vibrant chunk of history that has practically went untold, but unfortunately this powerful story is padded in such a mediocre craft. The music alone is extremely manipulative and highly intrusive and will leave you pulled out of the experience for a majority of the runtime. Still, this is a story that absolutely needs to be heard and is incredibly relevant now more than ever, and to all of the incredible people that bravely fought for their freedom and the lovely people that chose to explore and reveal the true story of Tule Lake, I thank you.