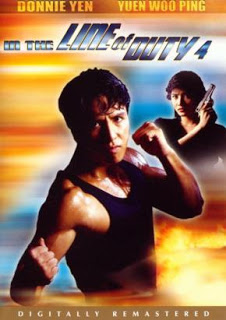 IN THE LINE OF DUTY 4


God damn it! I hate viewing sequels without seeing the first film, let alone not seeing the first three films! Normally I wouldn't even buy a sequel without owning or seeing the first entries but in the case of "In the Line of Duty 4" I couldn't pass up on the opportunity as I scored a brand new out-of-print 20th Century Fox edition at a pawn shop for a measly $3. That and for the fact it stars major martial arts badass Donnie Yen, I couldn't help myself so here I am again reviewing a sequel without the proper knowledge of the previous entries to compare it to. 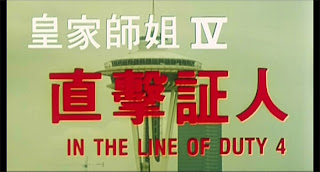 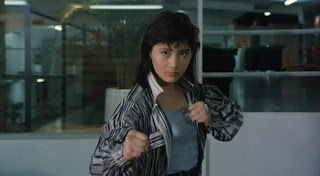 So we get tough as nails female cop Yang Lei-Ching (Cynthia Khan) butt heads with a C.I.A. agent played by Donnie Chen as they are both on the trial to terminate a drug trafficking syndicate. Along the way an innocent illegal immigrant gets mixed into the mess by becoming a suspect and soon our two agents from opposite sides of the Pacific need to put their differences aside to bring the syndicate down and a corrupt agent along with it. 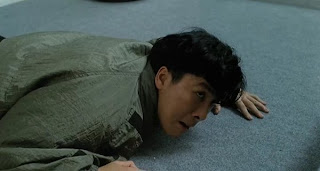 Cynthia Khan is one hellacious women! Not only is she gorgeous and has a soft side, but she also kicks so much ass that she might even be able to take down a God like Chuck Norris. However for this sequel she is almost outshined by newcomer Donnie Yen, who looks about 19 years old. Though he only recently has gained popularity with martial arts fans here in the states, "In the Line of Fire 4" proves he has been kicking ass since 1989. 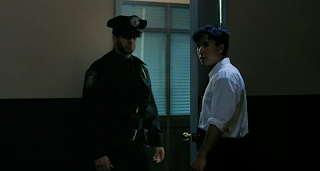 Director Yuen Woo-ping in no stranger to directing amazing martial artists as he has directed both Jackie Chan in "Drunken Master" and Jet Li in "Tai Chi Master". He loads this film up with tons of amazing stunts and action scenes. We get Cynthia Khan in an aw-inspiring martial arts fight above and beside a moving ambulance and Donnie Yen in a white knuckle motorcycle chase... and these are just a few scenes in this non-stop actionfest. 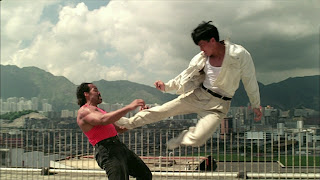 "In the Line of Duty 4" brought a huge smile to this Hong Kong film lovers face. It mixes high caliber stunts and amazing martial arts to near perfection. The 'police fighting syndicate' plot can be a little by-the-numbers but fans don't watch these type of films for engaging plots... it's all about the action baby! It also keeps the slap stick comedy, which was common in hong kong films at the time, well balanced (Jackie Chan please take note!). I enjoyed this sequel so much that I'm putting a lot of blood, sweat and tears into locating American friendly DVDs of the rest of the series... and trust me as it is no easy task! This is a must for Hong Kong film fans that enjoy the police martial arts entries and also worth a look for Donnie Yen fans to see an earlier and kick ass performance by the actor.

Written By Eric Reifschneider
Posted by Cronosmantas at 1:00 AM