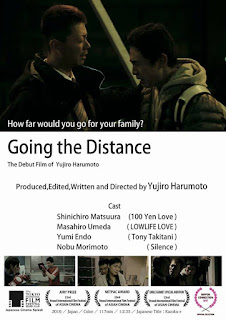 Asahi is a man from the Gotō Islands, who now resides in Tokyo, making his living as a boxing trainer. He is living with his fiancee, Kaori, whom he plans to be married to very soon. The two seem happy together as they are working on the wedding and making arrangements towards that very special day. Asahi invites his childhood friend Hiroto to Tokyo, to help him find a job, and surprise him with a wedding invitation. The two land a deal with a local businessman but we quickly find out they were scammed and Hiroto is in financial ruin. Things begin to quickly fracture in Asahi's daily life, presenting him with an nearly impossible choice to make, family of the past, or that of the future? 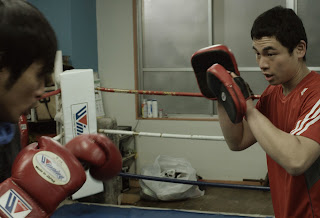 I tried to word the synopsis in a way that didn't spoil very much as I think the few beats in the story that are there are quite worthwhile and should be treated as a surprise. This is a very excellent low-key drama. Nothing is loud or aggressive and melodramatic, but more reserved and in my experiences, more natural to life. Asahi is based on the actor who plays him, Shinchiro Matsuura's actual life. I don't know how deep that runs, but I know he used to be a boxer, is from Gotō Islands, and has been in a situation similar to this, but I really can't speak on how paralleled these connections actually are. I don't believe it is biographical, but rather based in his history, which I find to be interesting, and is more informational rather than factoring into determining my liking or disliking of the overall film, which I enjoyed I must say. 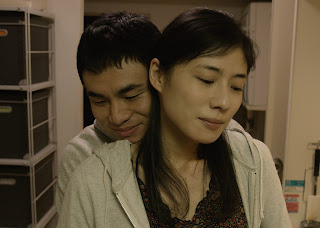 Going the Distance reminded me of the Korean indie film, Breathless, from the down on his luck lead that seems to be bringing his own troubles to himself, to the shaky handheld cam that is representative of a documentary style of shooting. I don't like to reference and detract from the film at hand, as they are vastly different overall but I found similarities, albeit few in number, and given my strong appreciation of that film, this is by no means a complaint, but an observation. I think the strongest thing going for this movie is its lead and his performance. Matsuura gives a quiet but heartbreaking and powerful performance as Asahi. I was moved by and annoyed with him in equal measure. I wanted him to succeed and fix the problems he is presented with so bad, but deciding between two loved ones is something I couldn't imagine going through. Does he help dig his friend out and get him back on his feet, or does he forget that and work towards his unification with his soon to be bride? It's a very interesting problem and the dynamic it creates makes for an interesting drama. You as a viewer feel like you know how you would proceed, but when you really put yourself in his shoes, would you really know what to do? It presented me with a lot of what-if situations and a movie that has me thinking of real life so much is more than welcome. 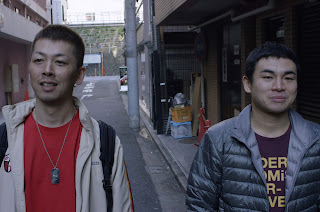 The rest of the characters are well developed and lived in, with Kaori being a standout. She has a situation with her family and it adds more layers to the overall conflict building between her and Asahi. They both want the best for one another, but seem to hide things that could cause pain between the two if bubbled to the surface. Their foundation seems to be built in lies, and thus their relationship seems hopeless at times. I really don't want to give too much away, but let's just say seeing the solution to their problems and seeing that they can't seem to arrive it is really heartbreaking and upsetting. Asahi is a strong character with a big heart, but his mind seems to be weaker, as he is a bit of a simple being. He desperately wants things to work out but can't seem to figure out how to hone in on making that happen and gets lost on one tidbit of the problem versus the overall big picture.

I am going to stop now, before I give too much away. This is a smaller film in scope, with a quieter tone to its drama but it is very raw and real. Excellent performances, and a style that works overall, with absolutely no score to heighten the tension gives this one a very heavy feel without ever overstepping into manipulation of its audience. It is what it is and never tries to be anything more than that, which I very much respect. We're given a glance into this man's life and his dilemmas and you will truly connect with him in one way or another. It is an excellent look at family and both examines and questions what the foundation of one truly is. Going the Distance played at this year's Tokyo International Film Festival and Nippon Connections, where it received special mention from the Jury.