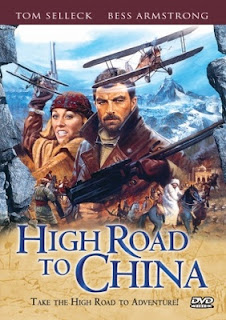 
All but the most die-hard fans today have seemingly forgot that Steven Spielberg’s first pick to play Indiana Jones was Tom Selleck. Selleck, all gung ho to play the part, couldn’t get out of his contract with “Magnum P.I.” (an earlier flash of the Pierce Brosnan "Remington Steele" / "James Bond" fiasco) so the part went to Harrison ford and the rest is history. Selleck was burned that he couldn’t play the role so when the script to “High Road to China” came calling, an obvious Indiana Jones inspired film, it seemed he could gain a little redemption and though not near the results of Steven Spielbergs now legendary film, “High Road to China” proved he had the charisma and screen presence to make a rollicking good adventure hero. 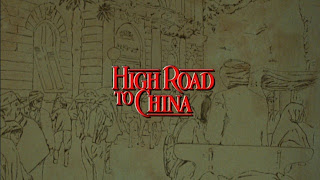 A spoiled rich bitch (Bess Armstrong) has a little problem… it seems her Daddy (Wilford Brimley) has disappeared deep in the heart of China and if she can’t prove he’s alive, his greedy business partner will have him declared legally dead and thus she will lose all her millions. In a desperate attempt to keep her high profile lifestyle, she hires a burned out drunk WWI bi-plane pilot (Tom Selleck) to locate him… but it ends up being a job from hell as assassins are on their tail the entire way. 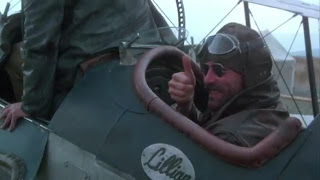 Though an “Indiana Jones” film in mold, it’s unfair to say it’s a complete rip-off. First of all the supernatural elements of Jones’ world are all but missing but that doesn’t mean one can’t have an enthralling adventure film without the threat of the demons and ghosts. So Indy fans looking for a competent replacement might be a little disappointed by that fact. What we have here is a hero on par with Indiana Jones as he’s a flawed loveable guy and Selleck plays this character perfectly. One moment you hate him with his misogynistic attitude towards woman and the next he has a heart of gold that somehow shows through his Grinch-like heart. 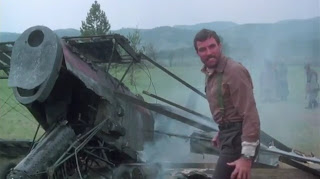 The romance is also heightened compared to his more popular cousin Indiana Jones as the love/hate bickering relationship between our two leads is loveable and playfully annoying at times. They have chemistry together and what’s more important than that for our leads to be romantically inclined. This love/hate relationship between the two is well balance between the action sequences and the action is well choreographed and entertaining, even if the plot is a little thin. 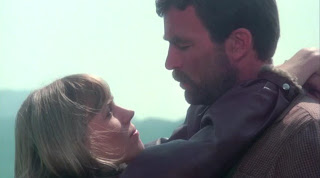 Of all the films to emerge in the same mold after the success of “Raiders of the Lost Ark”, “High Road to China” is easily the best I have come across (Sorry “King Solomon’s Mines”!). Tom Selleck proves that he had what it took to create a loveable adventure hero and the film boasts impressive action set pieces to contrast the romantic subplot. The plot may be a little thin at times but the high caliber cast and likeable characters make it easily forgivable. After watching the film it just begs the question “what if…” when it comes to Selleck actually being able to take the role of Indiana Jones. For years this was one of the most highly anticipated films to be released on DVD and thanks to rights issues between Warner Bros and Golden Harvest being resolved it has finally been unleashed on DVD and Blu-ray from Hens Tooth Video.