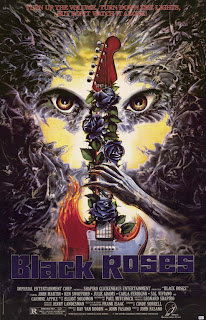 
“Black Roses” has found memories for horror fans from the VHS era as the original Imperial video box artwork was three dimensional and popped out, smacking potential renters right across the nose. It was a sight to behold but the cooler the box artwork, the chances are the worse the movie was and “Black Roses” proved just that. Sure it’s better than John Fasano’s previous heavy metal horror opus “Rock ‘n’ Roll Nightmare” as “Black Roses” actually has a script but it only marginally improved the results. 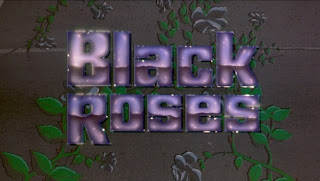 Black Roses is the hot new heavy metal band in the country and they plan to kick off their first tour in some small mid-western town. Their lyrics and stage act causes controversy with the adults in the area but they eventually give in. The problem is that “Black Roses” is a true satanic band and they start turning the local teens into demons that start killing off their parents. Now it’s up to a concerned teacher to send the band back to hell before they take the towns entire teen population with them. 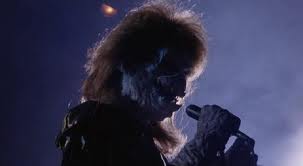 The film starts off with a bang with our band in their demonic form performing on stage. The problem is the film can never truly became as interesting as its opening performance. The rest of the thin plot is just full of plot holes and inconsistencies and tends to drag between special effect sequences. The acting is a hair better than the dismal performances in “Rock ‘n’ Roll Nightmare” but that’s not saying a whole helluva lot as you can’t get much stiffer than Jon Mikl-Thor. 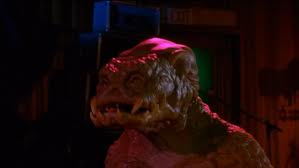 The 80s metal music soundtrack, provided by legendary Metal Blade Records, is rather good with Lizzy Borden’s metal anthem “Me Against the World” headlining the pack (a great song from the album “Visual Lies” that I used to own on CD). Sadly the soundtrack and the poster artwork are really the only two good aspects of the film. “Black Roses” has a few unintentional laughter moments but they are too far in-between with the rest being a tedious plot hole mess. “Black Roses” is a product of the times when heavy metal music was a real concern among overbearing parents but people curious of this bizarre horror subgenre are better off hunting down “Trick or Treat”, a far more entertaining example.

Written By Eric Reifschneider
Posted by Cronosmantas at 8:44 PM