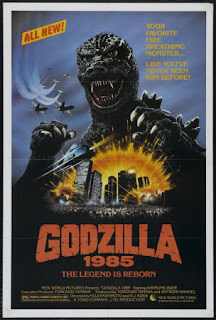 Aka "Godzilla", "The Return of Godzilla"﻿


After a decade of silence, cinema’s biggest star makes a much celebrated return in “Godzilla 1985” (original Japanese title is “Godzilla” and “The Return of Godzilla” to avoid confusion). It seemed in his silence the cult fanbase surrounding the original run of Godzilla films had sky-rocked so Toho thought it due time to bring Big G back, reboot the franchise and update Godzilla for a new generation. The final result, though rather under-whelming, worked not only getting a U.S. theatrical release but also kickstarting the “Heisei Era” of the franchise and inspire a new slew of sequels to come. 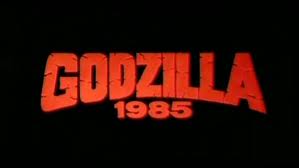 Since this is a reboot it ignores all previous sequels and is a direct follow-up to the original “Godzilla” from 1954. I should mention I have only seen the U.S. American cut and in this version Raymond Burr returns as Steve Martin, reprising the character he played in the American cut of the original “Godzilla, King of the Monsters”. All has been quiet for 30 years until a new Godzilla, this one even larger than original one (a towering 800’ tall as opposed to 400’), has made his appearance known and decides to stomp up Tokyo again. Steve Martin (referred to as Mr. Martin due to the actor bearing the same name being popular at the time) is called in to help with the mess and cool down some cold war tension heating up. 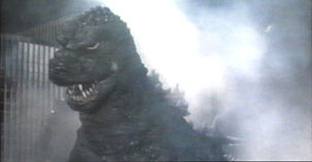 The film-makers for this reboot opted to go with a much darker approach to the subject matter, sharply contrasting to the campiness of the sequels before. This approach is much more in tone with the death and destruction of the original film and I dug the return to form, especially making Godzilla the antagonist again as opposed to the "hero" character he was degraded to by the end of the last series. There however is still a little Japanese cheese that enters into the mix in the form of Super X-1, a flying saucer device built to battle Godzilla. 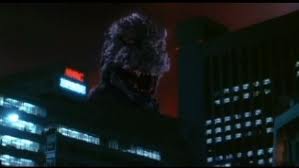 Though I dug the dark tone of the film, I was rather underwhelmed by the plot and movie as a whole. For rebooting a franchise it just didn’t live up to some tremendous potential it had going for it. First of all Godzilla doesn’t fight another monster but I didn’t expect him to though many fans might be disappointed by this fact. The plot is just ‘godzilla smash tokyo’ simplicity and I just wanted a little more from the film as it was supposed re-introduce a new generation to the legendary cinema monster.

Looking at the “Godzilla” franchise as a whole, “Godzilla 1985” ends up being one of the more forgettable entries. It just lacks the loveable campiness of the older films and the visual flair of the entries to come. I still commend the film-makers returning to the darker tone of the original film but I just wish they had more to work with concerning plot (perhaps the original Japanese cut is far better). As of the time I write this review this is the only entry into the franchise yet to be released on DVD in the United States. Many “Godzilla” fans stare at their DVD shelves with puffy eyes, saddened by the glaring hole in their “Godzilla” collection. Rumor has it that Image Entertainment will be unleashing the American cut on DVD closer to the time that the new American “Godzilla” films gets released. The American cut is better than nothing and we fans can only keep our fingers crossed…

Godzilla will return in "Godzilla vs. Biollante"