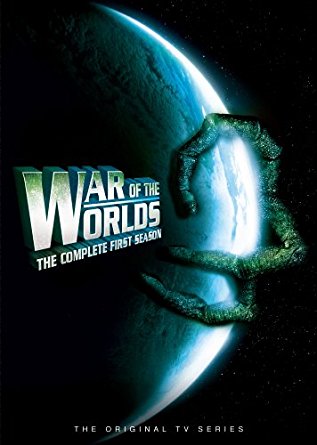 WAR OF THE WORLDS - THE COMPLETE FIRST SEASON

The 1953 film adaption of H.G. Wells’ classic alien invasion novel “The War of the Worlds” left a deep impression on me when I was a child as I watched it numerous times with my father. I also have vague memories of watching this late 80s sequel television series with him as striking images of grotesque three fingered creatures grasping for victims implanted themselves in my memory. After rewatching the classic original film with my wife I figured it was time to revisit those vague nostalgic memories of the television show by viewing both seasons which I received as a birthday present. Well my memories were not distorted by time as the show was every bit as graphic as I remember and even being a tad better than I was expecting for a late 80s late night Canadian produced television program. 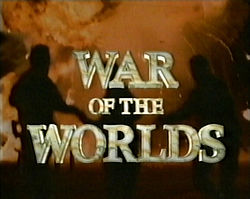 Instead of retelling the story that was set up in the original film (like most television series based on movies like Logan’s Run and La Femme Nikita which remake the theatrical film in their pilot episode), this series serves as a sequel to the 1953 film and takes place 35 years after those events where the world is nearly destroyed by an invasive Alien force and their iconic hovering machines. It seems the aliens were not killed by the bacteria they all thought at the end of the film and are soon reanimated by a group of terrorists that break into a facility where their bodies are stored in drums. Soon the aliens start taking over human hosts and it’s up to a small military group led by the eccentric scientist Harrison Blackwood, his two colleagues and hard-ass lieutenant named Ironhorse to stop them - but can they? 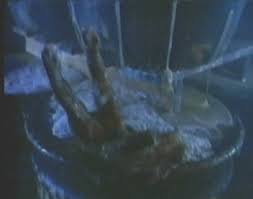 The striking aspect about this show is how damn graphic and gory it was. Now this isn’t near the likes of modern shows like “The Walking Dead” but for the time this was equivalent to an R-rated movie being shown on television. These aliens just didn’t kill humans, they mutilated them by gorily gouging out their victims eyes. For a young child this was shocking to me. I found it odd that the aliens were able to take over human victims, just like “The Thing” mimicking victims on a cellular level. However I get why the show did so as you can’t have grotesque creatures running around due to budgetary reasons. 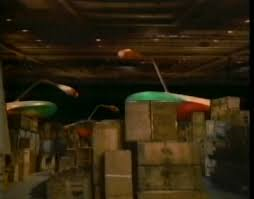 The show was also ballsy as it didn’t always have happy endings. The humans don’t always win and there is some dark shit going on and some major downbeat endings. The human character conflicts heighten the tension of the dark tone as they don’t always see eye to eye, with liberal eccentric scientist leader clashing with our right winged lieutenant. This character conflict and dark tone makes for some remarkingly tense and suspenseful episodes. 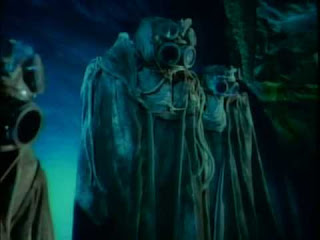 The downfall of the show is it’s obvious low budget for being a late night television program. Filmed in Canada the low budgets rear their ugly head constantly from some lower level acting, some embarrassing special effects to the overall aesthetic look of the show. Even the cheap looking video graphic design of the title card font put me off when I first started watching the show. Aside from the low production values, the one plot premises that totally annoyed the hell out of me was "selective group amnesia" the world population experienced when concerning the original 1953 invasion. One episode explains that the idea of an alien race invading was so extreme and traumatic most of the population can't remember and/or aren't aware of it. Seriously?!?! That's like a majority of the population not aware of World War II. This flimsy plot element insulted my intelligence and I was embarrassed for the writers by including this. The line from an American military general saying "I was there but for some reason I can't recall it" just makes me want to bang my head against the wall. 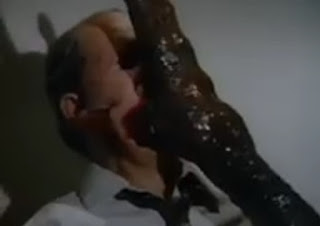 Even with the low budget the dark tone, ballsy scripts, heightened violence, bleak themes and likable characters balance it out to make for a damn entertaining science fiction/horror mash-up. This with constant references to events and characters from the original 1953 film will sure to bring a smile to any fans face and it’s a damn shame they didn’t continue this into the second season of the show as that season is a near disaster. Fans of 80s science fiction and horror this first season is a must own, just make sure one is familiar with the 1953 film as this direct follow-up series can be make it a little confusing to those who haven’t seen it.

Written By Eric Reifschneider
Posted by Cronosmantas at 11:01 AM