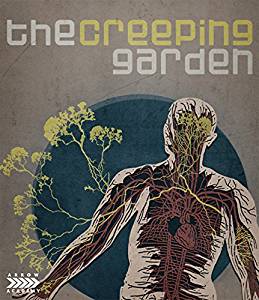 Now that Arrow Academy has expanded their reach to the US borders, it has certainly opened up what we are planning to cover on Blood Brothers. For their latest release, The Creeping Garden, we are further digging into new territory by covering a documentary. If memory serves, we have only covered one other documentary on the site (although that might be a lie) and going into The Creeping Garden was not necessarily an event that I was “excited” for per se. The Creeping Garden, however, had me engrossed almost immediately. Perhaps one of the issues I have always had when I watch documentaries is that they are on a subject matter I am normally interested in or already have a background for reference, but the focus on slime mold for this one most certainly had me perplexed, engaged, and questioning so much that I couldn’t pull my eyes away from the film. And it's executed in a way to make sure that the audience is left hanging on the edge of something to keep them interested in a topic that normally would make an audience snooze off. Talk about a surprise for the year.

For someone like me, unfamiliar with the topic and perhaps only mildly intrigued by it when going into it, The Creeping Garden does the best thing it could do to introduce its audience to the topic. It presents it as a mystery. While the film is split into various categories, smartly might I add but more on that in a second, it starts it off with an old telecast indicating the sort of science fiction concept that slime molds present themselves as to the greater community. From there it barrages the viewer with a series of strange video and photos of the subject matter, a strange and atmospheric score, and a build that borderlines on being a horror film. At times I was wondering if I was actually going to be watching some kind of mock documentary on a new version of Invasion of the Body Snatchers instead of a real documentary on a piece of nature. That’s most certainly a compliment, if you’re wondering.

From there, The Creeping Garden navigates the subject matter in some interesting ways. It introduces slime mold, but then it moves around to the people and approaches they bring to looking at it which gives the film a shockingly effective human experience slant that works to keep the subject matter interesting. Whether it’s the woman who uses it to create art, slime mold's uses as a social experiment to better understand it, the office that collects it (and seem genuinely excited that someone else was interested in slime molds), or the scientists who are attempting to use technology to further experience with it – aka ROBOTS! - The Creeping Garden takes a clever approach to dissect and explore the understanding of a piece of nature that is often negated to a footnote in most school texts. This human side is perhaps even more interesting than the slime molds themselves and it makes the rest of this documentary as fascinating as the mystery that it initially presents.

I might have been cautious at first to understand why Arrow Academy was putting this film out, in a slick deluxe package that even includes the strange and ambient score of the film on CD, but after watching The Creeping Garden I get it. The use of the term ‘creative documentary’ is spot on in how the film is approached as such, lifting it above the usual science documentaries that find their way into my viewing queue and making it a unique cinema watching experience. For those looking for a different film to spend a bit of time on, The Creeping Garden comes highly recommended.

Written by Matt Reifschneider
Posted by DarkReif at 10:05 AM