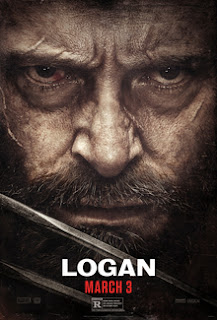 The X-Men franchise has seen its ups and downs, but it’s only when one of the entries into this almost 20 year franchise takes a risk on something new that it finds itself resonating after the fact. Outside of X2, which remains perhaps the purest and most potent of the basic formula, these chances have paid off. The time setting and new cast in First Class, the time hopping nature and epic tone of Days of Future Past, or even the samurai cinema motifs of The Wolverine have made the franchise worth following even if it occasionally stumbles into some rocky territory of execution (I’m looking at my copy of X-Men: Apocalypse right now.) The latest entry into the series and third for the spin-off franchise to feature Wolverine as the lead character is not only one of those films that takes a chance with its western style inspiration and R-rating, it’s the best that this franchise has seen thus far. Logan is a film that not only entertains in an action film manner and quirky humor that has always come with Wolverine as a character, but its messages of a life time of violence and regret, partnered with a focus on familial drama, and a timely expansion of its X-Men themes that make it piece of cinematic art that will last longer than any of the previous entries. This is not only an X-Men spin off, this is truly a film that encompasses the heart and soul of a character bound for the history books and it’s executed with the precision and artful grace of inspired cinema. Logan is not only the superhero film we all wanted, it’s the superhero film that this genre desperately needed.

It’s 2029 and the world is different. Mutants are on the brink of extinction and it’s only through living life off of the grid that Logan (Jackman) has been able to keep Charles (Stewart) safe…even with the help of Caliban (Merchant.) This all comes to a head when a young girl (Keem) arrives on their doorstep with her nurse begging Logan to take her to safety in North Dakota. With them comes a slew of heavy hitting kill squads and Logan is forced to make a choice with what he wants out of his life.

James Mangold was already pushing for the Wolvie movies to go towards a non-X-Men style character arc with the samurai cinema elements and lessened focus on jamming as many mutants as possible in the previous entry The Wolverine. Logan, however, makes that look a bit like child’s play. With its R-rating and renewed focus on giving this character the true sendoff that he deserves, Logan takes things to a dramatic and effective new level and tone. It builds the bones of its film as a character study and familial drama, focusing down on the relationship that Logan has built with Charles and the new status he has a child’s caretaker and parent figure. This, in turn, allows the film to start digging into the aspects of the character that define his style as Logan is portrayed as a figure no longer needed and one weary and regretful of the world of violence he has seen and partaken in. Jackman once again soars in the role as he is given even more meat and flesh to play with and this is only further explored in his relationship with an aging and mentally torn Charles (again played with an unseen gusto by Stewart who simply fits the role like a comfortable set of clothes) and the new relationship he has with Laura, a young girl who strikes a shocking resemblance to Logan in more ways than one. Not only does this allow Logan as a film to explore the growth of its lead character and those around him, but it creates a pathway to explore it as he sees both his past with the villains in violent pursuit of Laura and a potential future that he never had in Laura herself. The chemistry is impeccable and the performances emotionally brimming with the themes and style of the picture. This is a film about a character at crossroads and it perfectly executes that growth on screen.

Of course, this is built on a film that is also an entertaining popcorn flick filled to the max with quirky off the wall humor, portrayed mostly in the often awkward and yet still loving relationship the mutant trio has, and horrific violence that uses its R-rating to the fullest. Mangold pulls from the classic western repertoire for the plotting, driving on this idea of outlaw status, running from the law (in this case personified by a corporate death squad), and living with a group of anti-heroes. This is solidified by a farm house standoff, the southern desert and Midwest settings, and a perpetual sense of foreboding destiny that sooner or later one’s past will catch up to them. The action is effective, pulling away from the X-Men spectacle that drives superhero films these days and, instead of some end of the world event, it’s a personal tale that drives it. These moments are vicious, but they also perfectly fall in balance with the tone and style that is being laid out in Logan.

Logan is not only the superhero film I wanted, it was the superhero film that the genre needed. It's emotionally relevant and it resonates with a passion for the character and love that was needed to end Hugh Jackman's iconic turn as the titular hero. It's also a film that says something. The increased violence and darker tones parallel the struggles of a life of violence and regret, powered by the usual X-Men themes of segregation, and punctuated by a timely narrative concerning those on the run from vicious powers who seek to abolish the minority. This is a film that will echo as the dramatic and effective piece of cinematic art as much as a money making superhero film when those are a dime a dozen. It’s performances are heart breaking and fun, the action is violent and still intentionally fitting for the narrative, and the way that it plays out is the perfect swansong for version of this character and this era of the franchise. I'm almost glad that this era is done. I'm not sure they could ever top Logan. It's easily the best X-Men film, one of the best films of the year thus far, and the best Marvel film from Fox if not from all of them. If you thought the superhero genre was a dying trend, then this proves that it may just be evolving into something greater. True to the X-Men concept. Logan is true to the heart and soul of what his franchise has stood for time and time again.

Goodbye, Wolverine. You will be missed. You went out like a true western hero, riding into a sunset broken, but never more alive as you were in this film.