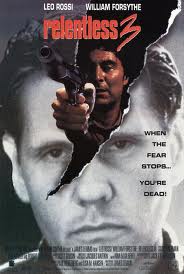 
With both “Relentless” and “Dead On: Relentless II” being big rental market hits surprise surprise here comes “Relentless III” to further exploit the serial killer chases of detective Sam Dietz. Unlike the second film which rose above it’s ‘direct-to-video’ roots, “Relentless III” unremarkably displays these limitations by wearing the flaws of it’s low budget production on it’s sleeve for all to see. 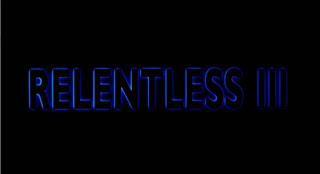 People who actually remember the second film will recall that Detective Dietz gave up his high stress job in order to regain his family by taking less prolific career as a sheriff of a small town. You say Meg Foster wasn’t willing to return? No problem, just write her wife character out in order to get Dietz back to what he does best, catching serial killers. So Dietz fucks up his marriage… again… and decides to, what else, catch serial killers. This time he’s on the trail of a fucked up individual that seduces girls only to bury them. Predictably Dietz’s new girlfriend becomes the next target. 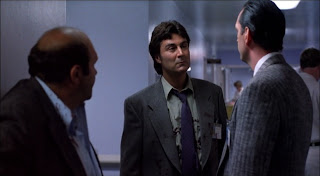 The plot has all the standard ‘catch-the-killer’ trappings. The difference is this time around there isn’t a director with a keen eye for style to liven the film up. When it comes to a filmmaking standpoint this as standard as it gets and makes one long for the days when cult director William Lustig handled the original film. The cast however makes keeps the film from succumbing to total TV movie of the week limitations, especially William Forsyth as our serial killer. It’s a damn shame they don’t do more with the character as for a psycho, he’s pretty forgettable. Rossi’s Dietz detective is a tad different, more burnt out and angry for most of the film making me miss the hint of loveable cockiness of the first two films. 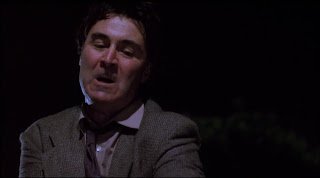 “Relentless III” is about as basic as a sequel can get. The connect-the-dot plot adds nothing new to the mix and simplified directing makes the film far less visually stimulating than the films that came before. All this mixed with a well casted villain that the filmmakers do nothing with makes this entry easily skippable, unless of course you are a ‘die hard’ “Relentless” fan, and really how many of those exist? There must be more than I think as “Relentless IV: Ashes to Ashes” was soon to follow.