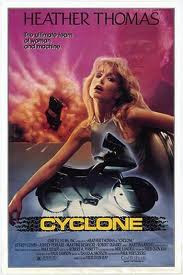 
Fred Olen Ray is a name when I see in the credits on box artwork I instantly throw the DVD (or in some cases VHS) away as fast and hard as possible, hoping to shatter the damn thing against the nearest wall in order to save the next soul that haphazardly comes across one of his films. Some could compare him him as the American Uwi Boll but even that is an insult to Boll. Seriously this guy has directed well over 100 films and 99.9999% are pure unwatchable shit. When Shout Factory packaged two of his films (“Cyclone” and “Alienator”) with one of my all-time favorite guilty pleasures “Exterminator 2” in a DVD pack, I decided to give it a shot as I considered the two films as “bonuses” anyway. Low and behold I was actually served a rather entertaining trash platter proving Ray had some B-movie magic for a few of his 80s offerings. 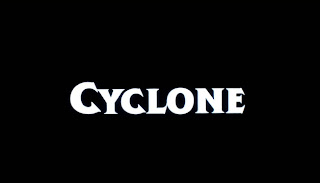 The “Cyclone” of the title isn’t a tornado, but the name of a super high tech military motorcycle (that shoots lavender lazers!) that Jeffrey “Re-Animator” Combs is working on. Some capitalistic pigs decided they want to steal the cycle and kill off Combs when he’s at an 80s dance club with his mega hot girlfriend (Heather Thomas wearing a two piece dress… yowza!). Heart broke by her sweet hearts death, she decides to deliver the motorcycle to the proper authorities without it falling into the wrong hands… which proves harder than expected with tons of double crossing in the mix. 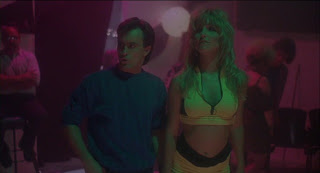 Heather Thomas isn’t only smoking hot, she's likeable as a tough female lead that takes no shit and doesn’t hesitate to beat the fuck out of redneck scum with motorcycle parts. Ray no doubt hired her for her ‘assets’ but she proves to be a competent actor for a B-sci fi-action thriller. The action, for a low budget film, is also impressive with plenty of shoot-outs and two spectacular car crashes that even big budget Hollywood productions would be proud of. 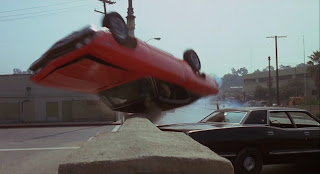 “Cyclone” was far more entertaining than I could have ever imagined. I was expecting complete unwatchable garbage with the name Fred Olen Ray attatched to the project and instead found a B-movie that was delightfully entertaining. Heather Thomas is both likeable and easy on the eyes and strong supporting actors in the form of Jeffrey Combs and Martin Landau makes the film have a little more class than it should. This is BY FAR the best Fred Olen Ray film I have ever seen but then again it doesn’t take much to beat out such crap as “Bikini Car Wash”.