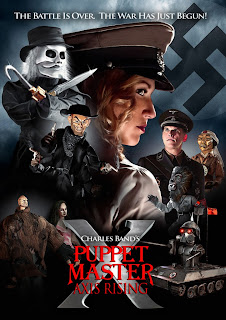 
The “Puppet Master” franchise has put my cult movie loving emotions through the ringer over the past 25 years. From childhood nostalgia for the first few entries, absolute contempt peaking with the stock footage heavy eighth entry “Puppet Master: The Legacy” to utter disappointment from the supposed ‘return to form’ last entry “Puppet Master: Axis of Evil”. By the time this tenth entry (eleventh including the spin-off “Puppet Master vs. Demonic Toys”) got announced my emotions were drained and I was left with complete apathy for the series. I seriously just didn’t give two shits anymore and the last thing I cared to ever watch was “Puppet Master 10”. After a year curiosity got the best of me and I decided to give it a shot and though still a mere shadow of the classic old entries, it’s still better than the last four sequels and for this franchise that’s saying a lot. 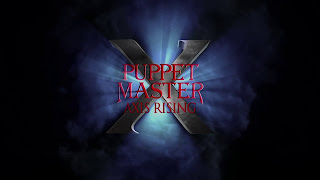 Taking place directly after the events of “Puppet Master: Axis of Evil” (and still a prequel to the very first "Puppet Master"), our hero young man with a limp and his girlfriend try to convince the American government that the Nazis are experimenting with living puppets in order to use their secrets to resurrect dead soldiers for battle. The government agrees and sends an aging G.I to aid in their mission but first they must defeat a small army of new killer Nazi puppets (Bombshell – a female Nazi with a rack to die for, Blitzkrieg – a tank with head, Weremacht – a werewolf SS officer and Kamikaze – a poltically incorrect Japanese suicide bomber. 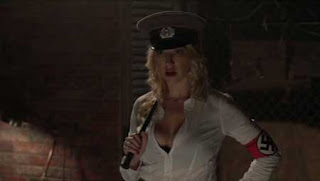 One thing I have to commend this sequel on is the title which utilizes the Roman numeral “X” for “10” to great effect. It’s about damn time this series got back to using numbers, especially not pronouncing the Roman numeral “X” as the letter “X” like the makers of “Jason X” as they thought it sounded more “hip”. The poster artwork is also a nice return as its actual ARTWORK and not just a passable photoshop job. I digress as the title and poster artwork is cool… but what about the film? Well… it’s bad but not as bad as most of Full Moon’s catalogue is today. Thanks to Charles Band himself filling the director’s chair makes this sequel comes off better than the previous ‘return to form’ sequel “Puppet Master: Axis of Evil”. He does what he can to give the film some polish, and it works during the opening alley sequence, but the films ultra-low budget still shows through. 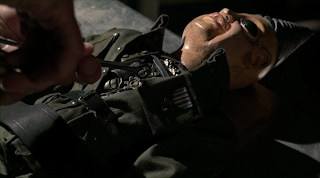 Much like the last few sequels the low budget hit’s hardest with the puppets themselves, which look like stiff, poorly made versions of their classic designs (not to mention the noticeable lack of the trademark stop motion that made the first entries so much damn fun.) The locations are also limited to seemingly only two locations and acting, especially our two young heroes, is especially lacking. 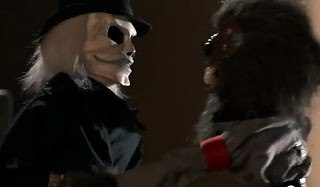 Even with all these limitations due to the budget, this is the closest Band and crew has ever come to capturing the magic of the original run of the franchise. For that I give Full Moon credit. I’ve just finally came to the acceptance that Full Moon films are never going to be as good as their classic era. This new mindset and Band’s veteran B-movie directing abilities finally gracing the franchise he helped create had me enjoying “Puppet Master X” better than I thought I would. Yes, finally a newer sequel that didn’t make me hopping mad! For that it makes this land mark tenth entry (officially tieing it with the original run of the “Friday the 13th franchise) worth at least a watch for fans of campy B-horror movies.

Written By Eric Reifschneider﻿
Posted by Cronosmantas at 7:04 PM