The Good, The Bad, The Weird: J-Horror Remakes 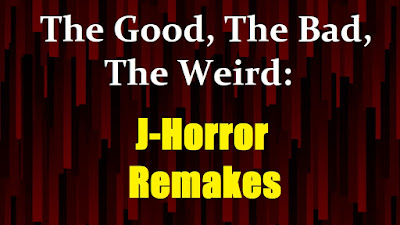 The Good, the Bad, the Weird is a new series that explores individuals, genres, and themes within cult cinema with a focus on choosing the best, the worst, and the odd ball within that context. It’s a great place for discussion or analysis on how films fit within a series or filmography along with a way us to further discover our own tastes and preferences.

For our first The Good, The Bad, The Weird piece, we invited Derrick Carter over from For the Love of Celluloid to celebrate in our J-Horror June month. Together, we came up with our choices for the article based on the slew of J-Horror remakes that graced the cinemas in the 00s. If you get a chance, check out some of Derrick's other work at For the Love of Celluloid (LINK HERE) and let us know what you think are the best, the worst, and the weirdest J-Horror remakes that exist. 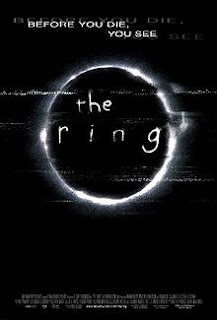 THE RING (2002): There’s a reason that so many Asian horror remakes even came to be and that reason is this chilling 2002 horror film. One of the few remakes that actually outdoes the original, The Ring is actually a redo of Hideo Nakata’s Ringu…which in turn was based on a novel by Koji Suzuki. The original film was a smash among many horror fans, but I actually found it to be a bit dull and too silly. Gore Verbinski’s improves upon the source material in every way, from a suffocating atmosphere of dread to one of the most effective jump scares ever. That damn closet scene still gets me every time! –Derrick


THE RING (2002): It’s hard to argue with Derrick on this one because The Ring is, quite frankly, the best J-Horror remake that littered the cinematic plains of the 00s. While we may disagree with how we essentially feel about Ringu’s quality, The Ring does most certainly give the film a run for its money with its seeping atmosphere, logistical script shifts to make the film feel at home in its new setting, and wonderfully executed scares. It’s sad that none of its sequels – or any sequel/reboot/off shoot of any of the Ring franchises would ever match the original Japanese one and this remake. Even when the film falters a bit, the kid in the film still remains a sore spot for me as a fan, it’s easily the best that Hollywood could accomplish with what they were given. --Matt 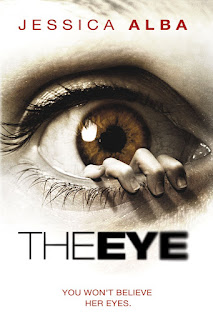 THE EYE (2008). Nothing says quality like Jessica Alba in a PG-13 Americanized horror remake. While I felt that the Pang brothers eye wasn’t quite as great as everyone had hyped it up to be, this 2008 bastardization of the material makes it look like Citizen Kane. If there’s anything positive to come from this crapfest, which got its ass handed to it at the box office by Hannah Montana, it’s that there are plenty of unintentional laughs to be had. From Alba’s tyrade against all things electrical to one of the most hilariously upbeat songs to end a supposedly scary movie on, The Eye is fucking terrible! –Derrick 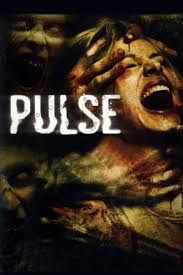 PULSE (2006): This might be the hardest decision I will have to make all year. What is the worst of Hollywood’s plethora of shitty J-Horror remakes? I think in the end my money would have to go towards Pulse. Derrick makes a great argument for The Eye, but even the original franchise was ruined by miscalculated sequels. Pulse however is perhaps the J-Horror film that suffered the worse from “lost in translation” elements, failing to pull the cultural context of the original – known as Kairo and available for purchase in the US – and replacing the vague misunderstandings and fear of technology with generic ghost jump scares and horrific CGI visuals. To make things even worse, Pulse was somehow successful enough to earn two (!) direct to home video sequels that only dig the grave further down. –Matt 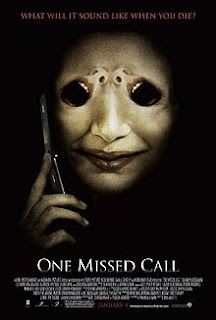 ONE MISSED CALL (2008): Released just a month before the aforementioned Alba-nized remake of The Eye, One Missed Call is a movie that’s so damn absurd you can’t help but laugh at it. The original film, directed by Takashi Miike, is entertaining and actually tries to give the viewer a handful of effective chills. The ending is also legitimately creepy. I’ll admit that the trailer for this 2008 remake had me curious and showcased some spooky imagery, if only there was a sensible script or a fleshed-out character to accompany the oddball visuals. Look, there’s a woman with two mouths instead of eyes. Look, there’s a creepy guy on a bus with a cracked face. Look, there’s Ray Liotta performing an exorcism on a cell phone…and it’s being televised!?!? Look, there’s a demonic baby on a phone??? Good with some beers and bad-movie loving friends, but also appropriately/understandably hated by most of the general public. -- Derrick 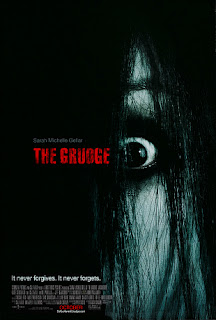 THE GRUDGE (2004): For my choice for ‘the weird’ category, it’s hard to say anything other than Ju-On’s remake The Grudge. Why is this in the weird category, you ask? Well, The Grudge remake pulls a few of the worst clichés in Americanizing a foreign film that you can do including making the main character a white American in a foreign land and streamlining the leaping narrative of Ju-On into a much easier to digest cohesive story. Instead of the multi-character structure of the original one, this one sticks to its ABCs and delivers a straightforward haunted house flick that amazingly works. It helps that The Grudge retained original Ju-On director Takashi Shimizu on board for the remake and his ability to craft dread and jump scares with just images and timing remains focused and effective here. Even the use of Sarah Michelle Gellar works as her status as a foreigner gives her a reason to “not know better” than to dive into the world of pissy ghosts with rage to take out on the living. Still, the original Ju-On is better and it remains my favorite J-Horror film, but The Grudge gives it a nice spin and adds in some layering for Hollywood audiences that works. --Matt

Posted by DarkReif
Email ThisBlogThis!Share to TwitterShare to FacebookShare to Pinterest
Labels: Horror, J-Horror, The Good The Bad The Weird