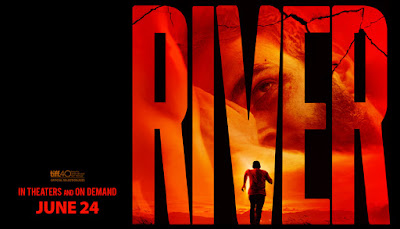 Well Go USA has always been on the cutting edge of bringing the best of new Asian films to the US, but lately they have been digging into some great underground and artistic genre films. Their latest release, the atmospheric thriller River, has already done the rounds at some film festivals (including the Toronto International Film Festival, which is always a great sign) and it will be making a splash for some limited theatrical showings along with the usual VOD release.

Today, Blood Brothers has the EXCLUSIVE premiere of a new clip from the film called “On the Run” and it looks to capitalize on some great suspense and tension from the Laos set thriller from director Jamie M. Dagg. Check out the clip embedded below and look for our review for River tomorrow!


River is available on VOD through a variety of outlets and it premieres in a handful of theaters today around the United States! Check out the list of theatrical showings and get some information about the film at the following link: RIVER WELL GO USA SITE.