Into the Well: Is the Ringu Franchise Still Relevant? 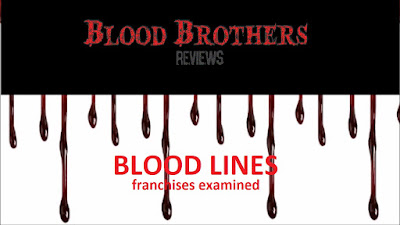 When The Ring came out back in 2002, I was hooked. I was in high school, I was a horror movie fanatic, and I couldn’t get enough of atmosphere and concept. It was scary, smart, and most of all – timely. It combined familiar ghost story elements with the unfamiliar tones of a blooming J Horror trend and I loved it. I quickly sought out the original Ringu at the video stores (requiescat in pace) and I have been a fan since. Granted, it’s been years since I revisited the franchise and its various spin offs, reboots, and forgotten sequels, but with the recent announcement of a third American film Rings, a new Japanese film in Sadako Vs Kayoko, and some requests from our readers for more J Horror material, I decided it was time to go back and look at one of the strangest and overly complicated franchises that horror has ever seen and examine why this series is still relevant today despite some odd turns in quality.

There is something particularly fascinating about the Ringu franchise(s) that continues to live on. People remember the films with either horrified regret or with fond memories and that continues to build with each new entry. A lot of success of the franchise can be boiled down into themes that the series uses to continually be applicable despite its initially defined context of a VHS centered plot. Firstly, the horror film idea of a cursed or haunted object is far from a new one and it’s one that will never cease to frighten. This is evident with the success of various versions of the style. They take the mundane, give it a sinister spin, and watch people shit themselves. We’ve seen it time and time again. Annabelle shows up to maximize the scares of haunted dolls that were so popular in the 80s in films like Poltergeist, houses are always ripe for this conversation with Amityville being used, rehashed, and respun every six months, and in modern days they’ve even gone so far as haunting people in Insidious. Haunted or cursed objects as the source of scares simply works and with the right execution will continue to frighten until the end of time. This is why a film as silly as Ringu or its various remakes about a woman investigating a haunted VHS tape seems silly on paper, but effective on screen. This is why in Sadako where the series sees a facelift with its haunted viral video online works too. This is also the reason why this series will not die. As long as Sadako/Samara have people to infect their everlasting rage on, there’s a good chance she’ll keep coming back… no matter how big or small our screens get for her to crawl out of. 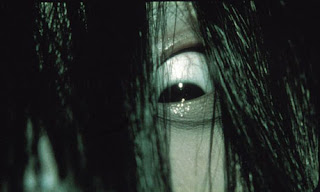 Thus the core of the Ringu franchise is not all that unfamiliar. By the time that the mid 90s rolled around, most of us had home video systems and the conversion of the Ringu book into a film only seemed smart. VHS tapes were a house hold item ready to be haunted by our imaginations. Why not? We all used them. For the Ringu franchises, it’s not only a well-executed theme of a haunted object at its core, but it’s a series that is firmly rooted in the fear of technology too. This is also a common horror theme used by many different styles, but the Japanese seem to love to do artsy things with it as one can see from the Tetsuo series or the oddly effective One Missed Call. It’s a partnership made in hell. Fear of technology, haunted technology. The continued evolution of technology is almost always two steps ahead of the current social structure and often we feel jet lagged by its speed and it makes older generations, in general, uneasy. No matter what the sequels spin on top of that idea with viruses, energy transfers, or viral online videos, it works because people are always scared of the upcoming changes of technology. Generations upon generations have carried this usually unspoken fear of not understanding the next phase of technology and it’s ripe for horror harvesting in this series. Even if it’s as silly as the idea of a little girl’s ghostly rage being manifested in the magnetic writing of a VHS tape, it really does go hand in hand. As technology progresses, it’s not a far reach for an audience to imagine that it’s a doorway into horrific supernatural realms…a place that the Ringu franchise sits very comfortably.

Which brings us to one of the final larger themes that has worked so well with the Ringu franchise. The use of adults not understanding the next generation or youth. This is a theme used regularly throughout horror, whether it’s unbelieving adults in teen haunting flicks or how authority figures like police never understand the killer’s motive in slashers, but it’s an interesting concept within this franchise that works impressively. The series villain, Sadako and/or Samara, is a child ghost (or if you are to believe Ringu 0, a college age theater major who still goes through some horrendous bullying at school while a reporter tries to figure out her connection to a curse) and the main protagonists are usually adults of some sort. In Ringu 2, we find out that the child from the first film has telekinetic powers like Sadako and no one really seems to know how to use him to defeat the curse. In Sadako, online bullying leads a young man to resurrect Sadako who proceeds to kill school girls (as the main story line) while a teacher desperately tries to understand their suicides and reasons for looking up a cursed online video. This theme runs rampant in the series and it works for both adult and younger viewers and showcases the strength of the series at its basic foundation.

With themes of classic haunting elements, fear of technology, and the misunderstanding between generations, this is how the Ringu series has found itself able to outlive its own contextual time period. There will be a whole new generation that goes to see Rings, the latest film in the American franchise that comes out in October, who have never held a VHS tape or even used a land line at home to receive the sinister warning like in the first film. There are even user reviews online of young people who have no connection to the original films due to its cultural context. Like the various sequels and spin offs though, this franchise will continue to evolve and invoke new technology and further deepening the themes of generational gaps that provide a solid back bone.

Now I’m not saying that all of the Ringu and The Ring films are good, nor am I saying that they are all bad, but this series survived the J-Horror implosion for a reason and it’s worth looking back at the series to understand why. I most certainly have an affinity for it and I am stoked to be getting TWO new entries this year.