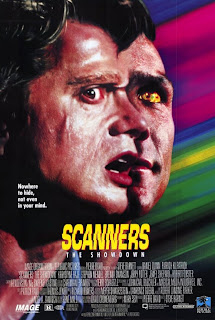 This confusingly multi-titled fifth and final entry into the “Scanners” franchise (also known as “Scanner Cop II: Volkin’s Revenge” in many areas of the world) marks a first for the series – RETURNING CHARACTERS! Finally we don’t have to waste any time with character development and can chomp right into the meat and potatoes of the film in this entertaining yet deeply flawed direct follow-up to “Scanner Cop” from the year prior. 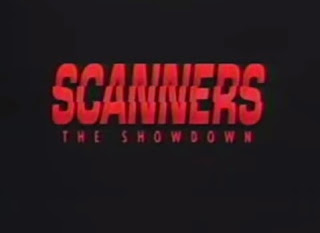 Our scanner cop Samuel Staziak (Daniel Quinn returning) has worked his way up the corporate ladder to detective (seems promotions happen fast when you have telekinetic abilities). While trying to locate his birth mother a powerful and psychotic scanner (is there any other kind if scanner villain?) named Volkin (Patrick Kilpatrick) is out for vengeance after Samuel busted him resulting in his brother being killed. The kicker is Volkin has developed a way to absorb other scanners powers by killing them (grossly) and increasing his own. The result is a showdown that is guaranteed to be a bloody mess. 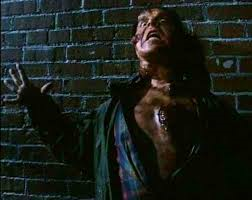 The pace is brisk enough but the plot is too damn similar to past “Scanners” films, especially the original. Also the character of Samuel isn’t as vulnerable and torn as he was in “Scanner Cop”. He no longer has internal struggles using is scanning ability and now is just an average leather jacket clad detective running around to save the day that was so prevalent in the late 80s and early 90s action flicks. The usual messy special effects are present with melting bodies, bubbling veins and of course an exploding head. The real star of this sequel though is Patrick Kilpatrick as Volkin who is seriously one bad ass character actor (cult fans may recognize him from “Class of 1999” among many other films) and holds his own against other heavy weights like Michael Ironside and Richard Lynch. The “Scanners” franchise was always good at finding great character actors for the dangerous antagonists and this entry is no different. 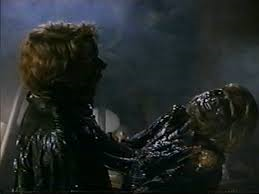 Not as good as its predecessor but it’s not too far behind it and is still a fun way to spend 90 minutes. Kilpatrick owns the role of Volkin and Quinn is still like likeable, even if his character isn’t as complex and has been reduced to a typical early 90s detective running around in a leather jacket and a bad haircut. “Scanners” fans should be happy enough with this entry which would mark the end of the franchise though a remake has been tossed around for the last decade or so – god forbid if that ever comes to fruition.