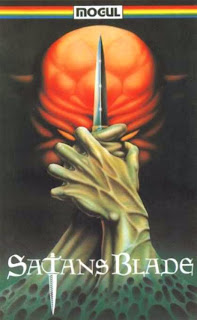 “Satan’s Blade” is one of the many films from my childhood that I remember drawing me in on the video store shelf due to its eerie cover artwork of a devilish figure clutching a dagger. Being a child of the video store generation I knew that a majority of the time cover artwork was far better than the film lurking behind the cardboard sleeve and that is especially true with “Satan’s Blade” as it is not only a turd of a Slasher film but one of the worst slasher films I have ever seen. 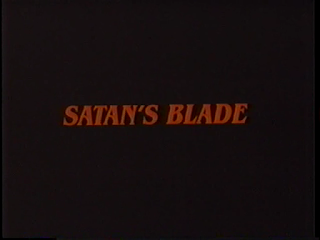 The film opens with a lesbian couple robbing a bank, brutally killing the two tellers and driving up into the snowcapped mountains to hide out in a ski lodge. They end up being murdered by an unseen killer. Jump ahead to a husband and wife couple and a group of young women renting side-by-side sky lodges, one happening to be of the afore mentioned murder and according to the dialogue, a murder that  occurred 14 years prior. Of course they too become the target of our knife clutching stalker. 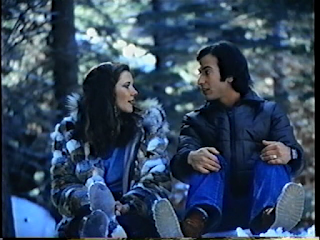 The non-existent plot could be workable for a slasher film if writer/director/producer L. Scott Castillo Jr. had any idea on how to make a film. His pedestrian directing is bland with poor shot setups and even the boom mike poking its way into the picture on multiple occasions. Also the film has literally 3 locations: the sky lodge, the check-in counter and the bank. This mixed with the sapless dialogue is guaranteed to cause utter boredom. Our two leading men constantly talking about passing the bar exam seriously almost pushed me over the edge into pure insanity and made me wonder if this film was ever used in foreign countries as a substitute for waterboarding torture. 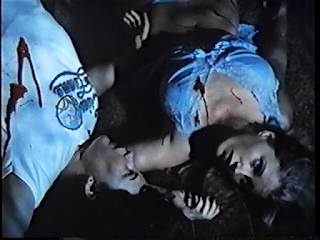 Is there anything to keep this film from me giving it a zero blood drop rating? Well the synthesizer score is nostalgic, not particularly good, but it brought back good memories of 80s flicks and a short dream sequence a half hour in is rather creepy (though it really has no relevance to the plot). I also somewhat dug the supernatural twist to the plot, and though it may be a laughable, it at least tried to do something different from others in the genre (the Excalibur “lady in the lake” sequence is especially hilarious). 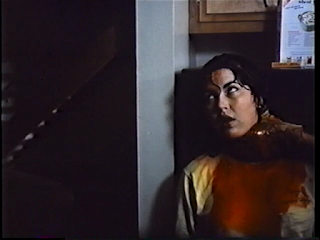 This incredibly low budget slasher is rarely talked about and there is a reason… it fucking blows. Everything from the directing, the acting to the writing is absolutely the lowest common-denominator of filmmaking. There's not even a gore quotent to help keep attention. Though shot on 35mm for theatrical release, the film ended on debuting on video to rot on video store rental shelves where it belonged. The production quality and all around effort of the output reminds me of shot-on-video tape slashers ala “Boardinghouse” and “Sledgehammer”… yes it literally sucks that bad. “Satan’s Blade” made its unwelcome debut on DVD and Blu-ray from a small time new company called “Slasher // Video” and they did a tremendous job cleaning the film up. Still it proves no matter how much you polish a turd, it still smells like shit.