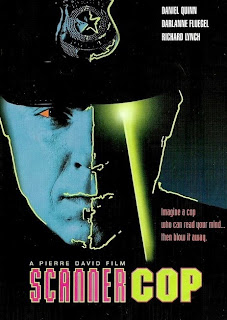 Initially I thought this fourth entry into the “Scanners” franchise was going to be an absolute turkey. Why? Well for one it sounded like hokey take on the Scanner lore by its title and premises and for the fact the third entry was absolutely dire. Wanting to complete the franchise I decided to spurge and order the Canadian DVD release and was pleasantly surprised on what a solid science fiction B-movie it was. It made me almost forget about “Scanners 3”… almost. 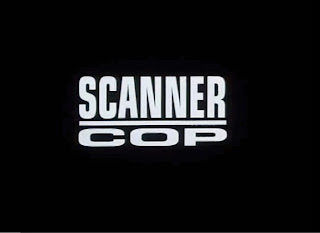 “Scanner Cop” is exactly about what you would think by the title. It begins with a small boy in a seedy inner city apartment building dealing with his Scanner father going mad from not talking his Ephemerol medication. The police are called, the father shot dead and a police officer takes in the young boy to raise. Jump ahead 15 years and the boy (now played by Daniel Quinn) is following in his adoptive father’s footsteps and becomes a LA police officer. When police officers are being murdered by seemingly innocent people, can our Scanner Cop get off the Ephemerol to scan their minds to get a lead before he goes mad? 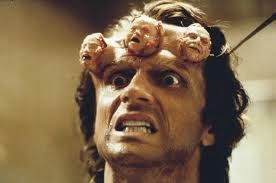 Considered by some to be a “spin-off” of the Scanners franchise (whatever, it’s still the fourth entry and third sequel in my book) has producer Pierre David (producer of the first three films) also take on second duty as director. He won’t win any artistic awards be he does a competent job by keeping the film moving at a nice pace even if the killer’s motivations are rather weak. The special effects are fine for a low budget, direct-to-video sequel with the typical bulging veins and the obligatory exploding head (though it pales to the original film). 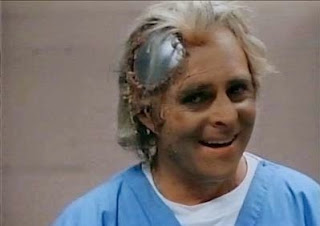 The highlight of the film is Daniel Quinn as our Scanner Cop. Thankfully he neither plays the character as a fruit loop or a super human. He balances his character between someone with a unique gift and someone that is vulnerable with severe problems. I liked the character a lot as he his torn about using his abilities to help others and the worry of going mad in doing so. Also the late Richard Lynch as the villain can only help a film’s likability. 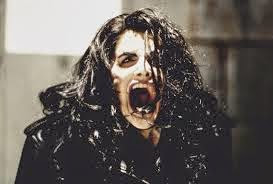 “Scanner Cop” is not a half bad B-movie sequel and far better than I ever thought it would be. The plot offers something new for fans of the franchise, the special effects are adequate and the cast is good, especially Daniel Quinn in the title role. It was such a successful rental that a direct sequel would follow entitled “Scanners: The Showdown”. A sequel with returning characters? FINALLY!!