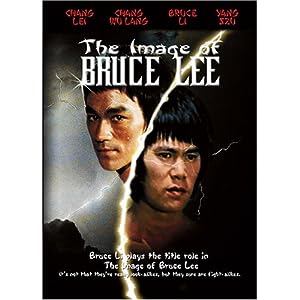 Here we have another cheesy 70's urban martial arts film in the vein of Exit the Dragon, Enter the Tiger. The film opens with a rather unintentionally funny sequence with a man about to commit suicide by jumping off a building. In comes Bruce Li, a member of "special squad" (doesn't that term have the most attractive blah ring to it?), climbing up the building to save the jumpers life (Li is even adorning a yellow jump suit, no doubt a reference to Bruce Lee's yellow jump suit he wore in the few sequences he filmed for Game of Death). Hilariously while Li is trying to save the guy while jumping, he grabs his arm which just happens to be an artificial limb and it comes off! I've never seen a suicide sequence so unintentionally funny! Apparently the guy committed suicide because he was paid with counterfeit money for diamonds. So Li and another cop are assigned to the case to track down the counterfeiter (who is briefed to Li in an god awfully boring slide show presentation!). Lots of fights and unintentional laughter ensue.

I have to admit that Li and his partner have to be the WORST cops ever. It seems every time they are tailing a character they get caught and then a short fight occurs. I kid you not this happens over a half a dozen times! Li follows guy in car, gets spotted, fight ensues. Li taking pictures of compound in a tree, gets caught, then a fight ensues. Our cops even plant a microphone in a suspects motel room, but they leave the thing in plain sight! Come on guys! However our villains aren't all that smart either. When they meet a contact at the airport, the contact says she will be wearing big sunglasses. Some clue this is, everyone in the 70's wore big sunglasses! She even has the gale to put the sunglasses on very obviously in front of her contacts. It's so goddamn obvious that the most inept pedestrian could see there was some fishy meeting going on. The villains even pull a dumbass James Bond antagonist stunt by tieing up our cops in a room to die by gas, and then leave with no one watching the room to make sure they don't escape. Why didn't' they just shoot the bastards!

Overall the filmmakers seem to know exactly what they're making here. It's a Bruce Lee rip-off and they make no attempt to hide it. One character even tells our star Bruce Li that he should be a movie star because he looks exactly like Bruce Lee. Ironically I believe that's exactly how Bruce Li's career began with those very same words spoken to him. Fans of ultra cheesy kung fu cinema will find plenty to like but I wouldn't rank this better than Exit the Dragon, Enter the Tiger. That film has a little more flair in the directing and it was just overall more shameless entertainment.

Bonus Rant: One thing I did find strange about this film is that the American edit I have on DVD has no star or crew credits. There's an opening title card also showing the distributor and film rating, but no cast or crew credited. The end credits just simply say "The End". Hey guys, this may not be art but give the people credit where credit is due! They worked hard on this drivel!

Written By Eric Reifschneider
Posted by DarkReif at 8:07 PM