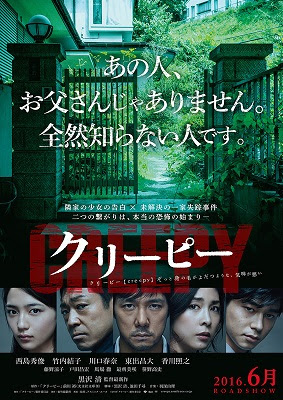 When it was announced that auteur director Kiyoshi Kurosawa would be returning to the horror genre with his film Creepy, it was really, really hard not to get very, very excited. Between 1997’s Cure and 2001’s Pulse, the man had crafted truly artistic and effective horror films and it had been some time since he dabbled in the genre. Creepy not only lives up to the hype created by some of his previous genre outings, but it delivers some of the most unlikely unnerving moments of his career. The film is horrifyingly effective at developing a sense of dread and unease in its audience and it makes for one of the most satisfying horror watches I’ve had in a long time.

There are a couple of reasons for this and the first of those is just how meticulously paced the film is for maximum effect. Truthfully, it’s not like the story itself is all that original as a professor and ex-profiler, looking into a cold case, stumbles into a possibly sinister web that could be related to his new neighbor. It’s classic serial killer and the chase as a horror film. Yet, Kurosawa inherently paces the film so that all of the minute details, character choices, and plotting flows together to create a suffocating sense of dread in the film. The performances also help the film reach the impressive heights of execution that it does. Both the lead protagonist, played with humane flaws by Hidetoshi Nishijima, and the strange neighbor, played by Teruyuki Kagawa, just devour scenes in the film. They’re benefited by a fantastic secondary cast and it allows Kurosawa to simply manipulate the plot, assumptions, and atmosphere of the narrative to deliver the shocks of the finale.

Creepy handedly deserves to be held in the same regard as Kurosawa’s previous horror classics. It’s an emotional roller coaster for its audience with impressive execution and a dynamic sense of pacing. It’s truly a cult classic and should shed the cult status to simply be a cinematic classic in time. 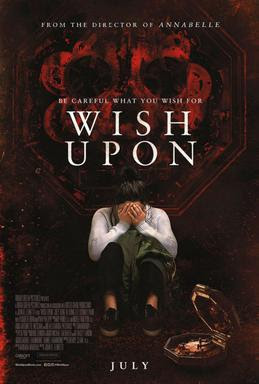 The concept of 'be careful what you wish for' is one of the oldest morality tales in storytelling...like ever. So when a new horror film is going to re-use the classic structure of The Monkey's Paw and numerous other stories, it better have the execution down to sell it. Which, of course, Wish Upon does not. Instead of dynamic characters for an audience to care about, we are given a handful of cliché teens with cliché teen problems and plenty of forgettable performances (outside of Joey King who remains a gem throughout this film and as a young actress in horror overall). Instead of a fleshed-out story of emotional driven choices, wishes, and consequences, we are given cliché teen silliness with awkward consequences that often don't inherently connect to the plot or narrative. And, instead of great horror fueled death sequences filled with shock and tension, we are given Final Destination knock off wannabes that are edited well beyond safe in the PG-13 realm that hardly induce a yawn from the viewers.
There are moments where one might see something of a decent film in Wish Upon, particularly at its core ideas of family tragedy, the community building, and even romantic angles, but the film rarely has time for those as its trying to serve up more unfunny humor and uninteresting characters in a tensionless thriller format. If this is what we get in trying to modernize and mainstream a classic format and story, I wish upon all my wishes that this one serves as a true learning experience for future horror films. For now, save yourself the time and slam on that skip button and wish your way out of Wish Upon. 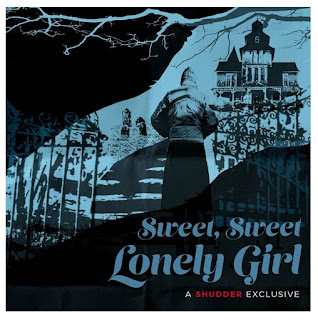 Sweet, Sweet Lonely Girl is impeccably filmed. The atmosphere is palpable, the performances honest and subtle, and the throwback visuals to decades past are perfectly replicated for that classic horror/drama/thriller tone. There is even a fantastic subtext of classic ‘coming of age’ motivations that drives the character growth and keeps the film relatable even when the script starts throwing in some oddities. The problem that remains is that Sweet, Sweet Lonely Girl feels like a short film elongated too long. Clocking in at only 76 minutes, the entirety of the first two acts drags as the film feels like it doesn't have a lot to say outside of some of the basics in the coming of age tale and the simplistic plotting of a young girl and her strange aunt. It's beautiful to look at and it sells itself nicely for the above reasons, but it seems to tread water.

However, it is saved by the third act as the last 20 minutes are an intense horror ride into a vague and impactful finale that wraps everything up nicely. There isn’t a lot of “horror” that happens in the first two acts though for most mainstream horror fans to grab onto, but it all comes out in the third act. There just happens to be about 20 to 30 minutes in the middle of the film that could have been trimmed up to deliver the same emotional and horrific impact of the third act without dragging as much. Which, at its brisk run time, seems to be a bad sign overall. Fans of 70s horror should check it out though for its style and aesthetic as it brings to mind the work of early Polanski and films of that ilk. Just don’t expect it to work as impressively well as it might have with its concept.