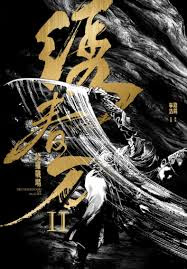 Back in 2014, Brotherhood of Blades came out as a rather big surprise. For a modern wuxia, it had an impeccable sense of balance to its dramatic storytelling, old school Hong Kong style brotherly loyalty at its core, and a flashy sense of taking modern action and mixing it with classic wuxia elements. It was artistic enough to be effective and heartfelt, but entertaining enough to strike a chord with more mainstream audiences. It was also a surprise box office hit along with winning a few awards to add to its list of strong qualities. Fortunately, it was enough to warrant a franchise out of the film and this year we were given a prequel, Brotherhood of Blades II: The Infernal Battlefield, that tells the ‘origin’ story of Chang Chen’s character from the original film. As much as a prequel can horrifically backfire, in another round of surprises, Brotherhood of Blades II is just as impactful, fun, and effective as its predecessor. It’s inherently the same kind of film, a historically set wuxia surrounding a conspiracy with plenty of morally gray characters to fill out the tale, but it’s also one that strips the film back and refocuses itself on one key element: a love story. And it works brilliantly.

Perhaps the key to this film working is the fact that it replicates the tone and style, but changes out the core emotional foundation from a brotherly loyalty one to a romantic one. Not that the original Brotherhood of Blades didn’t have its solid romantic subplot, but in this prequel, it’s one that works to ground and give relevance to the entire concept. It uses a “fate” bound connection between two people that defines their actions and changes their course within the plot on hand. It grounds the entire thing in an almost fantastic wuxia manner, using the innate chemistry of the two leads’ subtle performances to drive home the celestial style love and it hooks its audience. The film approaches it in an almost wuxia style version of the ‘star crossed lovers’ concept that has been a staple of romance stories for hundreds of years and it really does create a foundation to build the rest of the film to be as effective as its predecessor.

With that core foundation laid out, Brotherhood of Blades II is able to build that modern mix of conspiracy plotting and wuxia action without worrying too much about losing the emotional connection with its audience. It develops strong characters with an effective hand in the writing and some even more impressive performances, anchored by Chang Chen and Yang Mi, and then starts crossing and pitting them against one another in dynamic ways. There are hints of the ‘brotherhood’ aspects that made the first film so strong and it creates some interesting elements when Chang Chen’s Shen Lian comes head to head with another investigator over the death of a mutual friend. This is only one part of a rather impressively paced and executed conspiracy at the heart of the film’s plot and as it goes, it only builds tension until the final explosion of action.

Action, which like the first film, is just as dynamic as the characters and the conspiracy plotting. The strong character development and intense building of tension and paranoia explodes in some classic wuxia sword battles that will have martial arts fans drooling. The wire work is tight, the use of settings is visual strong to balance the action, and director Lu Yang knows how to keep the emotions running as each action set piece naturally fits into the progression of the film without sacrificing the entertainment value. It has plenty of gimmicky fighters (that never feel like the gimmicks define them) and the fights fit perfectly into how the film is paced.

Lu Yang truly brought out the big guns for the first Brotherhood of Blades film, but he follows it up with a film that is just as intense, heartfelt, and impressively executed as its predecessor. Brotherhood of Blades II further cements the series as one of the best franchises currently evolving. I said that the first film was one of the best martial arts films in the last 30 years and I’ll be damned if this sequel doesn’t follow suit. Brotherhood of Blades II is also one of the best martial arts films in the last 30 years. It’s brilliantly dynamic in its action, characters, and plot rising well above the constraints of the wuxia genre and soaring on a new level. The romantic core is a dazzling shift of the emotional heart and the execution on top of it is just awe inspiring. Lu Yang nails it twice in a row.

If anything, the strength of this prequel automatically makes this franchise one of the most impressive ones in the industry. Whether its wuxia, martial arts, action, or dramatic films, Brotherhood of Blades II: The Infernal Battlefield proves to be one of the best films of the year – no matter what genre.

Written By Matt Reifschneider
Posted by DarkReif at 1:33 PM