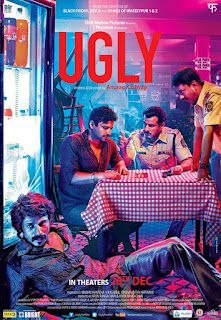 What a great entry point too. Before we kick this thing off, I want to get out of the way that I have tried to delve into the Bollywood world before, in fact, many a time, but I've always quickly packed up and went elsewhere. I've only still slightly kept interest in Indian cinema by way of two directors in specific, Anurag Kashyap, and one of the greatest, Satyajit Ray. Of course, my preference in regions of filmmaking do not form any preconceived bias. I didn't go in expecting to dislike Ugly, and I walked away pleased, disturbed, but pleased nonetheless.

This film, like other great films, will be one I won't to shed too much light on towards the plot nor piece specific details. That being said, here's a one line plot description: Guy's daughter is abducted, thus causing everyone to go crazy in the search for her. That's essentially it, but of course, there is much more to it than that. 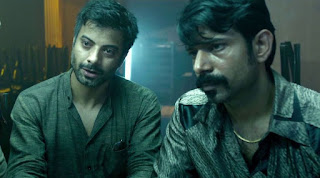 The leading actor and the man who plays his best friend, were both phenomenal, as were most of the side cast, all the way down to the bit roles. The characters all start off pretty neutral and slowly peel away more and more revealing layers of their true selves. The antagonist of the film, a cop who is dating the abducted daughter's mother, has a goofy, yet cold-blooded right-hand man who ended up being my favorite character in this bleak tale. He brought some odd but welcoming touches of dark humor to the plate.

My biggest compliment and biggest nitpick of it all, is the execution. It's wonderfully shot and edited, save a few beats here and there that tripped up the flow, but some of the Foley work sounded like generic stock sound effects, which took me out of a film that kept me immersed quite regularly. Also, some of the reactions the actors displayed (mainly awkward pauses) made an eyebrow raise here and there, but again, minute nagging towards an overall great mystery / thriller. 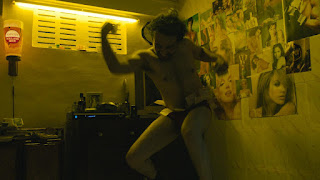 Seeing Ugly, and finding much to appreciate from it, has me wanting to explore other works by the director, and dig even deeper for great Indian cinematic gems. For those looking for a great mystery filled film, that keeps the twists coming and the dramatic weight heavy, but not overbearing, look no further. This is one depressing journey I'm sure to revisit when the weather is right.