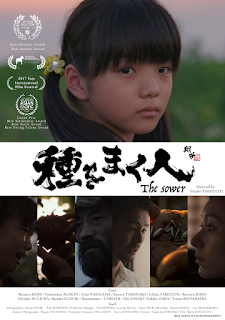 At the tail end of 2017, a man on social media sent me a copy of his film to watch and as I was still looking for potential candidates for my best Japanese films of the year, I gladly accepted and gave this mysterious movie, The Sower, a blind watch and what a rewarding experience it turned out to be.

One of the most heartwrenching films of the last decade also proves to be one of the finest directorial debuts I've ever witnessed. Without drawing too into comparative directors or films of the nature, I can say in perhaps one of the greatest compliments I could give, there is another Lee Chang-dong out there and his name is Takeuchi Yosuke. That is not to say they are the sames as they by no means are but another master of raw human drama had surfaced and all eyes should be set on him. 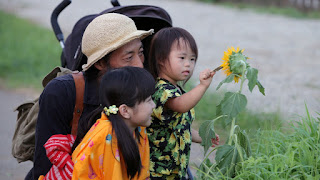 Takeuchi Yosuke takes inspiration from the famous paintings of Jean-Francois Millet and Vincent Van Gogh sharing the same title as the film, The Sower focuses on the downfall of a close knit family when a tragedy strikes after the children's estranged uncle Mitsuo shows up one day. Without spoiling, what ensues is one the most beautiful and pure cases of naturalistic acting I've seen displayed. The acting comes to appear so real, it felt like a documentary at times. Not a single misfire nor mistep throughout the entire film.

The film is small and quiet but it paints masterfully a portrait of family and what it means to be one and the ups and downs that one can bring. An unfortunate event occurs that propels everything into motion, but its examination of trust and the effects said singular event can cause is something to behold. It is deeply sad but equally riveting and beautiful. I haven't felt this equally upset and happy at a film in equal measure as such in quite some time. 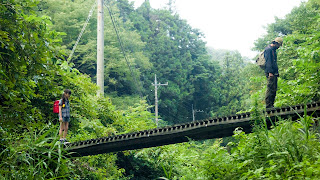 I think it goes without doubt that I find The Sower to be a truly rare cinematic experience and one that all film fans should seek out. I really am hoping that some boutique label out there gets ahold of this one and gives it a proper release. Belongs in the upper echelon of great human dramas. A genune portait of humanity, the dark and light side of it all.