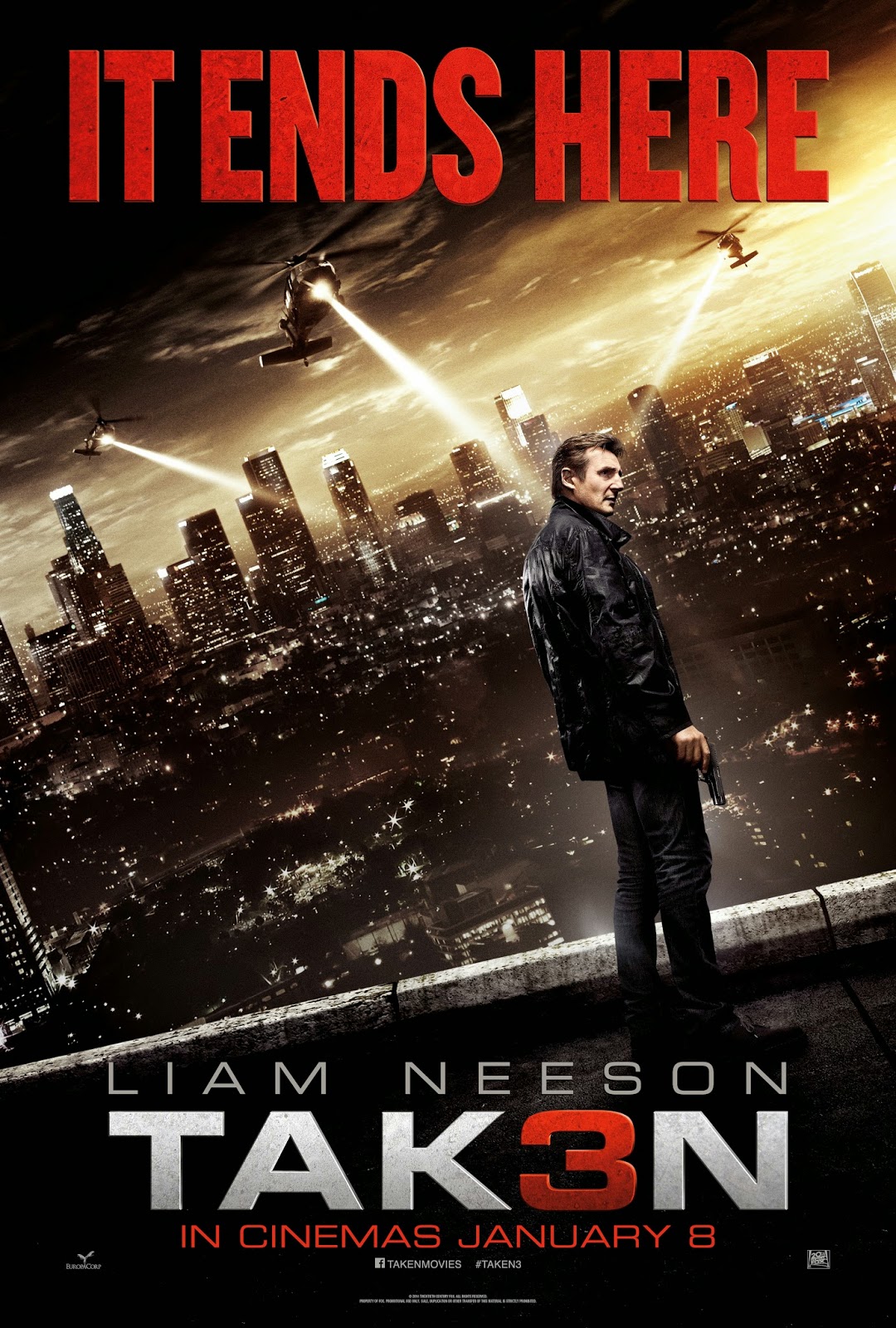 The Taken franchise is the one that I so desperately want to love, but continually find myself angry towards. The first film was a phenomenal mid-budget action thriller, relying on the foreign setting, the badass charm of Liam Neeson, and the tight modern direction of Pierre Morrell to sell your basic concept. The second one was a rehashed C-grade effort castrated by terrible direction from Olivier Megaton. This third entry, with the stylized title Tak3n on the posters, is once again helmed by Megaton. It might have a slightly more original script to build on than the carbon copy of Taken 2, but the resulting film is still an almost unwatchable slab of editing that it takes away any kind of fun the vulgar auteur fan could have with it.

Bryan Mills (Neeson) has really settled into his life in LA being a dad to his now college aged daughter (Grace). Too bad it’s about to end when he comes home one day to find his ex-wife (Janssen) murdered in his apartment with the cops showing up soon after. Now he’s on the run, desperate to find out who framed him and trying to keep his daughter safe at the same time.

Starting with the better points of Taken 3, I will admit that in the end I felt it was a better film than Taken 2. Mostly because instead of being a knock off of its own franchise, it’s a knock off of The Fugitive. It doesn’t quite replicate the kidnapping theme of the first two (at least not as the big problem to be solved), but instead focuses on the consistently charming and intense Neeson having to survive/solve a mystery before something bad happens. It’s not original, but the film does have a decent B-grade concept that allows for plenty of chase sequences and even throws in a sort of siege finale that plays up Neeson as the continued badass that I hope he is in real life.

The problem? Olivier “The Bastard Child of Michael Bay and Paul Greengrass” Megaton. I’m willing to overlook the predictability of the script, the cheesy one liners, the forced character development that plague the film on its foundations. I like B-grade action flicks. Unfortunately, I am less forgiving when it comes to castrating this film to the point where all of the action scenes and chase sequences are blurs of edits, mega zooms, and nauseating shaky cam. Just like he did with Taken 2, he utterly takes any kind of thoughtful framing, tension, or pacing and pisses it out of the action set pieces. Why does it take fourteen angles to show Liam Neeson drive a car backwards down an elevator shaft? It’s to the point that I’m actually quite unsure of any of the action that I witnessed in the film. Not only that, but the lack of violence in the film (her throat was slit? And then it was already healed in the morgue? The gun in the bullet wound? WHAT BULLET WOUND?!) really makes it lose its tension throughout.

Thus far, the theatrical box office says that the general hatred by critics isn’t going to detract people from enjoying this franchise. With a different director, I can’t say that Taken 3 wouldn’t have been a fun and enjoyable experience. As is though, the terrible editing and shooting of the action sequences sucks any life out of the mediocre script. Even the still screen devouring abilities of Liam Neeson couldn’t save this one.

Written By Matt Reifschneider
Posted by DarkReif at 5:35 PM