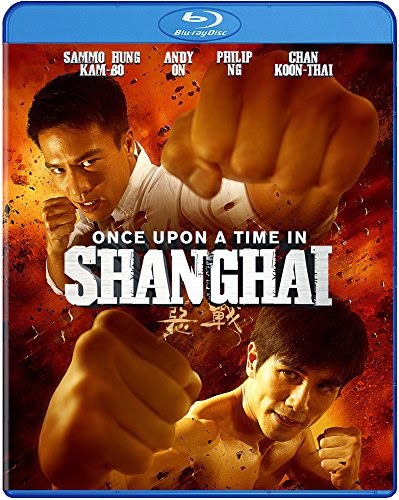 One of the interesting aspects of receiving film releases long after they are released in theaters and on home video in another country is that you get to see how a film plays out to a slew of different critics and fans. I had been following Once Upon a Time in Shanghai since it was announced mostly due to its massively strong casting and the fact that it had legendary fight choreographer Yuen Woo Ping attached to it. Yet, the reception of the film was rather mundane overall. Enough so that when I finally got my copy, I was utterly shocked at how much fun I had with the film. Once Upon a Time in Shanghai is not a perfect film by any means, but the combination of high energy, charm, and some fun fight sequences makes for a film that hit all of the entertainment buttons on my mental machine.

Ma Yongzhen (Phillip Ng) is new to Shanghai in the 1930s. The city of dreams where any man can find opportunity isn’t quite as glamorous as he had hoped, but a strong community and his immaculate strength have made it bearable. When he learns of a young Shanghai native Long Qi (Andy On) is quickly rising through the ranks in the gangster world through his insatiable appetite and vicious fighting, he finds a way to make his life (and the lives of his friends and adopted family) better. 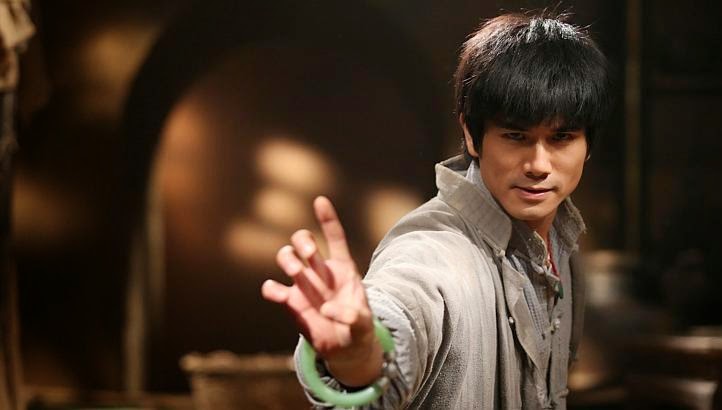 Once Upon a Time in Shanghai is a modern spin on a lot of old martial arts film tropes thrown in a relatively unique and charming background. At its heart, Once Upon a Time in Shanghai is the 70s Golden Harvest movie that Golden Harvest never made - which is somewhat hilarious as the film is a loose remake of the Shaw Brothers film Boxer from Shantung. This Golden Harvest connection is apparent in a lot of ways. The inclusion of Sammo Hung in a small almost cameo sized secondary role, the streaks of slapstick humor that pop up in the romantic sub plot, and, of course, the general way that the plot progresses towards being a pro-Chinese/anti-Japanese cautionary tale about the historical moments of the time. It also features an utterly charismatic and intense performance from Phillip Ng who, in an astonishing move, channels the very spirit and feel of a young Bruce Lee for the film. This ‘Ng as Lee’ maneuver seems very intentional and for all intensive purposes – works like fuckin’ magic. He utterly owns the screen and devours his ‘good boy in a bad world’ role for all it’s worth. He even upstages the charming Andy On on many occasions (whom also thrives in the role of the ambitious gang leader) and their on screen chemistry – bromance, I suppose – is lightning to watch.


And while the core of Once Upon a Time in Shanghai is most certainly riding on this sort old school feel and the charm it brings with it, director Wong Ching Po does his best to modernize the film at the same time even if its to a hit or miss effect. In another surprising move, Once Upon a Time in Shanghai is damn near shot in black and white. The colors of the film are muted essentially to a point where anything outside of the brightest colors (a jade bracelet, the neon lights of the night club) are leached of any color. It’s a move that works remarkably well and one that comes as a pleasant surprise since many of the stills and promotional material I had seen was in color. The film also has that modern Yuen Woo Ping touch to much of the action. Lots of pacing shifts into slow motion or high speed pop up throughout the fight sequences (of which there are plenty – including a classic kung fu stair step finale of villains) and even though that shoddy CGI makes its appearance too much for my tastes, the actual choreography and impact of the action set pieces are more than enough fun to hit home. 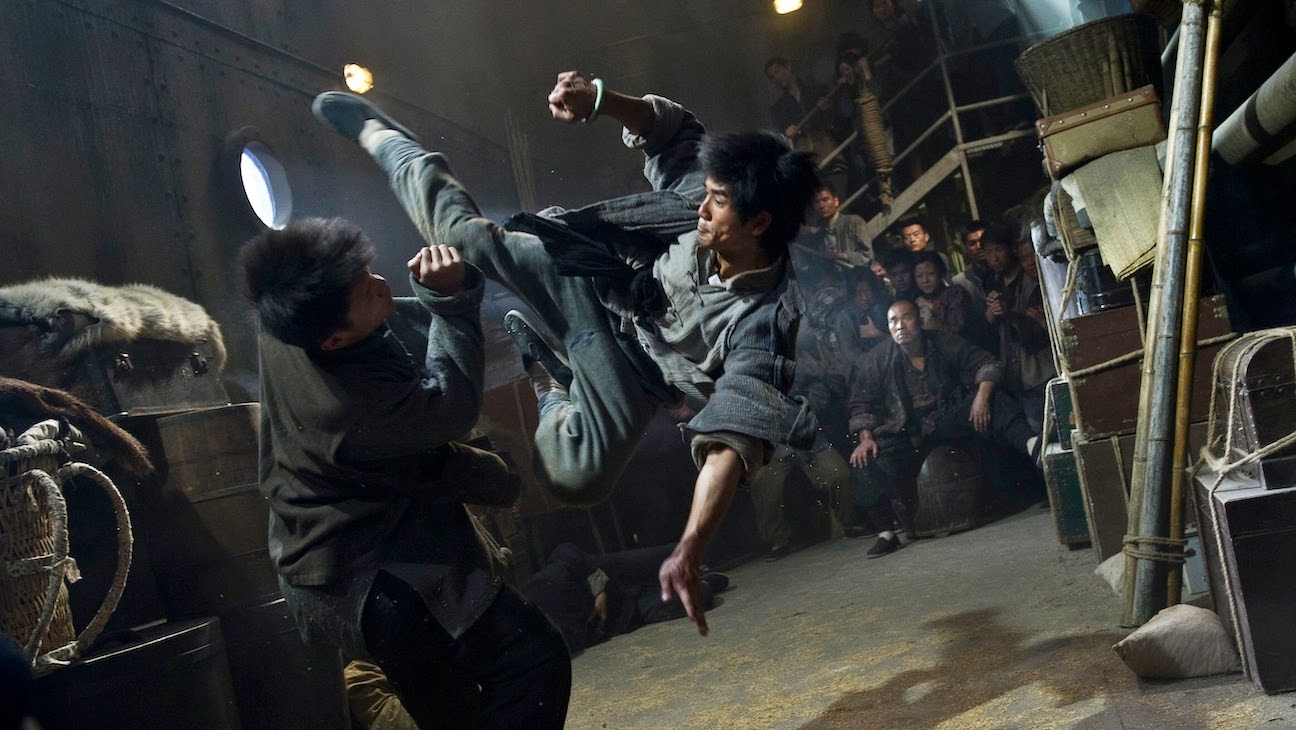 Once Upon a Time in Shanghai is a modern kung fu tale for old school kung fu fans. In a way, it’s this concept that has lead to some of the mediocre reviews and opinions about the film. Old school kung fu fans tend to despite CGI and the modern camera work of newer films. However, if you are one that can set aside those initial sour tastes (like I had to do) you will find that Once Upon a Time in Shanghai is an utterly charming and massively entertaining film built on classic foundations with a modern spin. The characters are engaging, the action is ‘big punch’ entertainment, and the fun that can be had with the film makes for a film that gets a huge recommendation from me – warts and all.