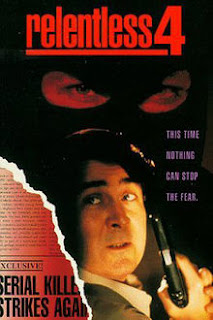 You all know it was coming. With three “Relentless” films being hits in the rental market already why the hell not make a fourth. Producing this many films into this ‘catch a serial killer’ franchise makes me wonder why they didn’t just make a television series to follow the killer adventures of detective Sam Dietz as the films have degraded to telefilm production values. Even in all its mundaneness, “Relentless IV” is worth a view for an early role for the sexy Famke Janssen, known to younger audiences for playing Xenia Onatop in the Bond film “GoldenEye” and Jean Grey in the “X-Men” franchise. 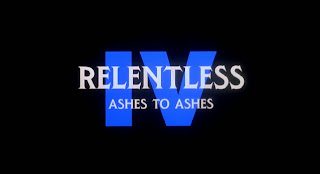 Sam Dietz (Leo Rossi) returns breaking in ANOTHER partner (seriously this guy changes partners like other people change socks) and again has to catch ANOTHER serial killer that has been murdering victims in religious ceremonies. All the murders have a connection to the luscious psychologist Dr. Jaffee (Janssen) whom Dietz has a past with (off screen). Can Dietz catch the killer while rekindling his relationship with Jaffee while at the same time patching up daddy issues with his teenage son? 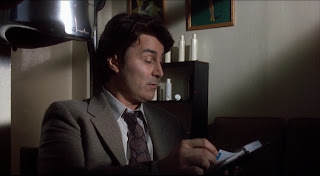 Rossi, playing Dietz for his fourth time, is really starting to wear on the nerves. Filmmakers seem to rely more on his comical skills with this entry and they just aren’t funny anymore. His loveable asshole attitude has just degraded over the series and has become unappealing. The killer is also unmemorable. Say what you will about the previous three “Relentless” films but at least those killers made an impression but here he just quickly fades from memory. The film hits its absolute low point when Rossi has an after death experience where he takes advice from his ex-wife (Meg Foster not returning… I wonder why she turned this film down). The sequence is just so poorly executed that it induces laughter and feels just completely awkward. All this is moves to the music that is a poor carbon copy of the score to "Basic Instinct". 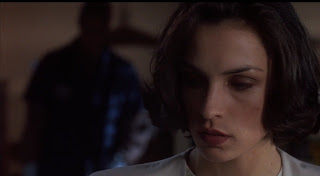 “Relentless IV” is a tired sequel in a weak franchise that overstayed its welcome which perhaps shouldn’t have even become a franchise considering how unoriginal the whole concept was to begin with. Rossi has become unappealing and is looking as ragged as the franchise he’s starring in and the whole ending is contrived as can be. The only real reason to watch this entry is the gorgeous and appealing Famke Janssen, who proves she was just as good of an actress in her early days as she is in her newer more prolific films like “X-Men” and “GoldenEye”. With “Relentless IV” it marked the end of the adventures of serial killer detective Sam Dietz and I doubt no one will be shedding one bloody tear for the fact.

Written By Eric Reifschneider
Posted by Cronosmantas at 10:08 AM