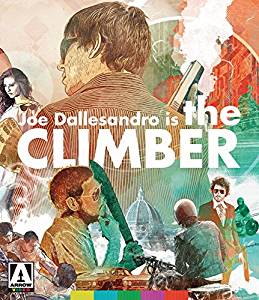 For a bit of context to this review, I’m hardly an expert when it comes to Italian crime cinema, but I was super excited to jump into The Climber as it came with solid recommendations from fans of the genre. Of course, it also helps when it gets a slick new release from Arrow Video (which includes a new 4K restoration) to get my hopes up. With these expectations, it’s hard not to feel slightly disappointed with the film itself as I sat with the credits rolling. The Climber is hardly a bad film, that is not my opinion at all, and for those looking for exciting action, questionable anti-heroes, and a story that runs the sequence on ‘young criminal with big ambitions’ then this film will certainly hit all the right buttons. However, The Climber is also a film that plays things fairly close to the chest and straight forward, only digging deeper than its plot to deliver a few commentaries. It’s entertaining, sure, but hardly the overlooked classic that so many seem to claim it to be.

Aldo (Dallesandro) wants more out of life. He’s a low end delivery guy for a smuggling ring out of Naples, but he has big dreams. When he’s caught skimming money off by his boss, he’s beating badly and left out in the cold. This is the opportunity of his life though. A sense of purpose. A sense of revenge. He heads to Rome and starts to assemble his own criminal team together to head back to Naples and claim what he believes is his.

The Climber as a film is structured to be a character study. It has a revolving door of various secondary roles and characters, all of whom pop in and out of the plot when needed, and it continually focuses on the fall and the rise of our titular anti-hero. This is not a bad idea and it’s a technique that was most famously (if not perfected) in the 1983 film Scarface. So we know it can work even with a robust and non-traditional heroic lead. For The Climber though, there is a disconnect here. Joe Dallesandro does well in the lead, coming off as remarkably cold and often as evil as those he seemingly wants to topple in his criminal coup, but this approach has one problem to it. It leaves the emotional turmoil of his path feeling wholly disconnected from the audience. Not only is he an anti-hero, but one spends the majority of the film waiting to see what brings him down rather than hoping he can atone for his greed or find some kind of redemption in an offbeat manner. His character truly is about as villainous as it gets and the film intentionally plays it that way. Many of the more likable secondary roles, his cousin whom he visits when he first gets to Rome or his girlfriend whom gradually becomes a thing to him instead of a person, all become fodder for his rise. The audience is meant to care more for them then they are for him and while that is a ballsy maneuver for the film to attempt, it also leaves it feeling a tad hollow as a story. Intentionally, I’m sure, but one that also left me uninterested in his fate as it plays his character as less and less dynamic as it goes.

Beyond that, The Climber does entertain. As I mentioned, the film has some exciting action in it with plenty of chases, fights, gun shootouts and explosions to satiate the criminal thriller craving in its audience and director Pasquale Squitieri notably keeps the film almost viciously grounded in reality with plenty of grit to really grind into the viewer’s teeth. A solid commentary about class warfare, quite literally played out as a blue collar criminal declares war on the white collar criminals, is played on its sleeve with some solid pieces thrown in about the price of power, materialism, and the desperation of men without purpose. In this regard, the film works and it delivers the goods as an Italian crime flick on a few layers that would appeal to fans.

It also helps that Arrow Video have put together a nice package for fans to dig into whether they know the film or not. New 4K restoration, original Italian language track and an English one both show up on the release, and it has a brand new interview with Joe Dallesandro. Perhaps the best portion is the solid piece of writing that’s featured in the booklet for the film by Roberto Curti that really digs into why this film is such an underappreciated piece of cinema and the context of that claim. For fans, this release is stacked enough to make sure that it is added to their collection.

All in all though, The Climber just didn’t dig deep enough beyond the formulas for it to hit a chord with me. It has some great performances and some fantastic secondary characters, but a cold and disconnected lead and the standard approach to telling the gritty tale of a young man’s lofty ambitions in a criminal underworld just didn’t quite flow the way that it might have. Perhaps with a few more watches, some of the minute details of its story and layered textures will resonate louder and with more force to make me change my tune, but for now this gets a recommendation for fans of the genre and those looking to expand their Italian crime collection into some new territory. 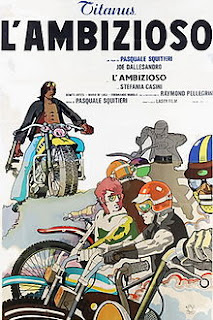