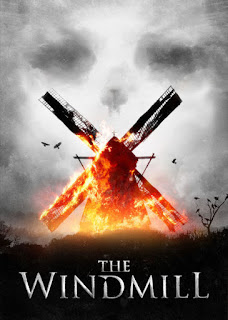 Ambition can be a great thing. However, in the case of The Windmill, it can also lead to disappointment. The concept behind The Windmill is fun and interesting. While I was lead to believe that it would be, more or less, a modern slasher, this film goes for a slightly more mysterious and supernatural slant for its slasher tropes. It takes its time to build the characters that end up on the broken down Holland tour that are stalked by a disfigured man from the nearby windmill and the use of visions, backstories, and tension is all great in idea. The film uses some nice practical effects as a basis for its kills and there are plenty of things to like about the film…on paper.

The execution is where it is lacking. The intent is there, as is the concept, but The Windmill lacks the fine tuning, vision, and budget to truly pull it off. The script is scattered and full of gaping plot holes, the tonal shifts undermine what might have been moments of great tension or scares, and the performances from the cast don’t add layers to the cliché slasher fodder that they are bound to become. Entire segments are derailed by lacking narrative cohesion and, despite some of those great ideas mentioned above, there is no sense of dread or impending doom for viewers to get drawn into to make the slasher elements feel as fresh as they might have. On paper, The Windmill is ambitious, but the film itself cannot live up to it. It has its moments, but more or less it’s a film for the curious or those looking to burn an hour and a half on a B-horror flick than anything else. 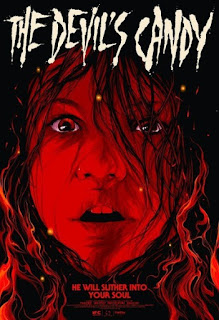 Judging The Devil’s Candy by its synopsis was not the way to go into it. While the premise is certainly interesting, feeding into the classic fringes of supernatural territory while maintaining a realistic slant, it’s nothing all that original and owes its fair share to being a kind of stripped down Amityville Horror or something else of the same core idea. However, if you’re a horror fan than put down those initial reactions and go check out what The Devil’s Candy offers immediately. This film is an effective and efficient dive into the realms of horror through its superb execution, approach to the core ideas, and the angle of the plotting rather than the plot itself being the driving force behind it. It features superb performances from its cast, a thick and artistic atmosphere that adds a ton of weight to the semi-supernatural elements of the script, and it’s a ridiculously well-paced movie, coming in with a brisk and effective pacing that never outstays its welcome for the audience. It’s in tune with the emotional cracks that develop with the characters and it delivers on all fronts with the goods when it comes to atmospheric horror set pieces.

The only minute element that could possibly deter the film is the ultimately predictable nature of its plotting, but even then The Devil’s Candy does its best to throw in a few great little skids there in the third act. No matter how much I felt like I could predict where the film and the characters were going, the film is executed in such an effective and ambitious manner that it never felt like it was following the tropes and clichés of this kind of supernatural horror film. The Devil’s Candy is a stellar horror film that will easily remain one of the best of the year, if not recent memory. See it. See it now.

Also, The Devil’s Candy might be the first horror film that uses its heavy metal soundtrack and the culture in a naturalistic and effective manner without succumbing to stereotypes that so many others do. Huge bonus points for that. 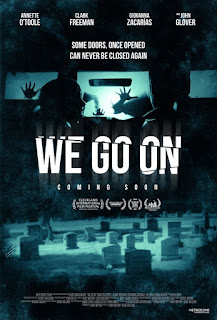 While I was initially skeptical about the Shudder streaming service, seeing as I owned most of what was originally uploaded onto it for streaming, just over the last handful of months the service has become something of a legitimate way to see some underground horror films from the past and present. To add to that, they’ve been getting their hands on some prime titles for exclusive release rights. One of those exclusive flicks was the indie supernatural horror flick We Go On, which was being recommended to me from various friends and online acquaintances. Now this film is not strictly horror as it blends hefty doses of drama and dark comedy into the mix, but its one that has a remarkable amount of fun twists and turns as it goes and for those looking for a decently ambitious little film then We Go On hits a lot of the right buttons.

Perhaps the best word to describe We Go On is ‘quirky’ as the film plays out in three distinct acts as it goes. The flow between these acts can be a tad under-cooked and occasionally jolting when it shifts gears and it’s this narrative flow that tends to undermine the whole as its biggest obstacle. However, once it establishes its blend of dark comedy, drama, and horror, it does come off as remarkably charming and occasionally heartfelt. As our protagonist’s trip into the realm of paranormal goes, it always retains a kind of innocent approach that’s exemplified by the Freeman’s performance and in that regard it does feel decently fresh, even when it touches on some very cliché elements. When it wants to be hilarious, it is. When it wants to be creepy and scary, it can be. When it wants to hit those emotional beats, it goes for broke. It’s just that We Go On has a bit of trouble sliding between all of those moments and tones. However, for a fun and charming little indie horror/drama/comedy flick I was pleasantly surprised. For those who have Shudder, it’s an easy recommendation as it can float a bit under the radar.

Written By Matt Reifschneider
Posted by DarkReif at 7:41 AM