Each year around the time of the Lunar New Year, I try to come up with a new Shaw Brothers list for readers and fans. Sometimes it’s hard and sometimes it’s easy. It depends on the topic. Last year I covered the ten Shaw Brothers box sets I would like to see get a physical release for collectors, but this year I wanted to cover a topic that I see asked about (and have been asked about) a million times or more, “what are the best Liu Chia-Liang [aka Lau Kar Leung] films?” As a Shaw Brothers director, he didn’t fully direct as many films as some of his peers like Chang Cheh or Chor Yuen did and yet his work with the studio can be felt in films today that have nothing to do with martial arts or even Hong Kong cinema. The way that he was able to balance heart, complex choreography, drama, entertainment, humor, and thematic threads is something that makes his films stand out even in the robust Shaw Brothers catalog and it has been a significant influence on all of action cinema. His cinematic material is, quite simply, that good.

Yet, the question still arises, “what are his best films?” Truthfully, when it comes to his work with the Shaw Brothers machine, most of it is impressive and I usually tell people that starting anywhere or watching any of them is going to be worth their time. I do admit. I have favorites though. And for this year’s list I decided to focus on what I would consider his five best films as a director. Mostly because I love to talk about his work in any form that I can, but also I want to start a discussion about which films was he able to balance in the best manner. Now, all his films are fantastic so I assume each of these can be contested and I hope that our readers out there are willing to do so and share your memories, thoughts, and personal analysis of the films with us. Liu Chia-Liang made some glorious films and I cannot cover them all in just one article. So without further ado, here are my choices for the five best Liu Chia-Liang films from his time with Shaw Brothers. Feel free to share your thoughts on the list! 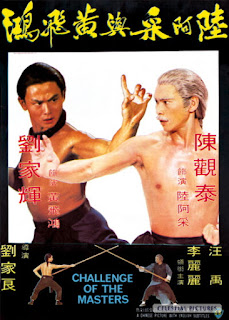 05. Challenge of the Masters
Personally, Challenge of the Masters was a film that had to grow on me. Like many of Liu Chia-Liang movies, it’s fairly dense in its thematic material about the roles of the martial arts and those that practice them and it features a narrative that might occasionally fringe on being a bit too complex. However, because of the themes and a handful of fantastic performances from many of the director’s favorite performers, Challenge of the Masters rises above the normal Shaw Brothers fare to be one of his best. The training sequences are effective, the performances are shockingly humane, and the general plot moves at a brisk pace that keeps the audience entertained without straying too far from its intent. It may not have been my favorite at first, but with repeated viewings my love for Challenge of the Masters grew into a massive amount of respect and admiration. 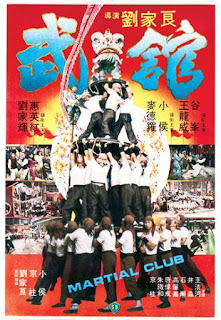 04. Martial Club
In many ways, I view Martial Club and Challenge of the Masters as one of the best double features that any Shaw Brother fanatic can throw together. This is because, outside of the obvious connection of director Liu Chia-Liang and star Gordon Liu, they both carry the same thematic genetic material. Martial Club, on one hand, might be a bit more aggressive and entertaining in how it approaches those characters and their struggles with how to handle the martial world. Once again, the film is packed with some very strong performances from its cast and while Liu Chia-Liang is known for his larger than life and complex onscreen choreography, the finale which features a one-on-one battle between Gordon Liu and Johnny Wang in a very tight alley might be one of my favorite sequences the director ever filmed. It’s just iconic. It’s this balance between the philosophies of the martial arts and the entertaining aspects of a fun kung fu film that really make this one work. 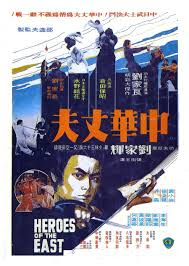 03. Heroes of the East
Heroes of the East might be one of Liu Chia-Liang’s weakest scripts he has ever had to work with because the plot is a bare bones one that focuses on a romantic center and what boils down to a gimmick: Chinese martial arts versus Japanese martial arts. The reason then that Heroes of the East ends up being my third favorite film from the director is that he never lets the film fall prey to the gimmick’s propaganda. He treats all of the styles on display and the characters with a sense of respect and honorable regard. This is paralleled by the stances of the film’s lead character, once again played by Gordon Liu, and how he approaches the entire gimmick of the film’s plot. This, of course, lays the foundation for a phenomenal series of fight sequences between a very diverse series of different styles and weapons. Again, Liu Chia-Liang gets the balance here down well and it makes this one of the more entertaining Shaw Brothers films ever filmed. 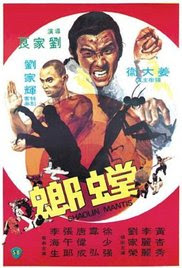 02. Shaolin Mantis
As the most controversial pick in my top five, particularly when it’s sitting in the #2 slot, I adore Shaolin Mantis. Compared to the previous three entries (and the one after this), Shaolin Mantis is easily the one film that doesn’t fully dabble in the martial arts philosophies that Liu Chia-Liang loved to lace his films with. It’s there, in smaller doses, but it doesn’t make up most the layers in the film. Shaolin Mantis replaces those with a slightly cynical political espionage slant that gives this film a fresh tone compared to much of the rest of his filmography and a pulpier atmosphere that works splendidly with the plot. The key for why this film ranks so highly on my list is the characters and their emotional placement within the standard kung fu narrative structure that arises. This is not only one of the few Shaw Brothers films where the romantic story that powers it works, but it relies on crucial chemistry between its cast to energize the entire second half of the film. He gets it to work in blazing fashion. Add to its effective character work the incredible chorography and fight sequences that make up giant portions of both the second and third act (with David Chiang as the lead in perhaps his most challenging action role he ever did for Shaw Brothers) and this film just has me hook, line, and sinker from beginning to end. Now I know not everyone will agree on this film being ranked this high, but it wouldn’t shock me if the next one is the film that everyone will agree on… 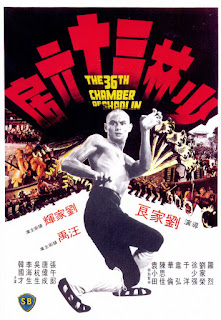 01. The 36th Chamber of Shaolin
Of course, the  #1 entry on this list is obviously The 36th Chamber of Shaolin. At this point, I’m not sure there are too many people out there that will argue this placement. The film has even risen above just being a perfect film for martial arts film fanatics. This is a widely-praised film on almost all facets from a variety of cinephiles. The entire political and social commentary is mixed with Liu Chia-Liang’s martial arts philosophies, it’s powered by a sense of determination of an “every man,” played once again with effect by Gordon Liu, and it’s perfectly paced even when it spends a giant portion of its run time with training sequences. The choreography is spectacular and its messages and themes resonate for beyond its run time leaving an echo effect that lifts the entire film up. Of course, while its two sequels are certainly entertaining in their own regards, nothing really touches just how pristine this film is as a whole. Easily establishing itself as the best film that Liu Chia-Liang ever directed and one that still hits its new audiences to this day.

Of course, this is only one man’s opinion about an illustrious career and a handful of films that embrace  a legitimate amount of layering and analysis. What are some of your favorite Liu Chia-Liang moments, movies, and motives?
Posted by DarkReif at 8:59 AM