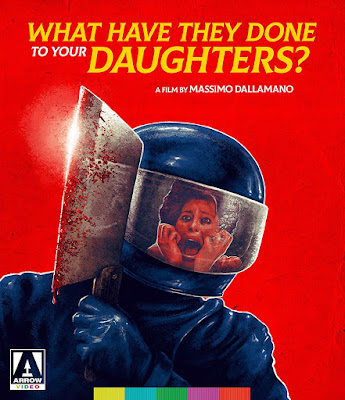 Although it is often paired up with What Have You Done to Solange? when being referenced by fans and critics, What Have They Done to Your Daughters? is its own beast of a film. Having not seen the film prior to its Blu Ray release from our friends at Arrow Video, my expectations for the classic Italian thriller were fairly lofty. Solange is one of my favorite giallo films, even if it’s more of a fringe giallo than anything, and coming from the same director and period, while being referenced in conjunction with Solange, it simply lifted the expectations. However, What Have They Done to Your Daughters? truly is more of its own thing and more of a spiritual cousin to the previously mentioned classic than a replication of it. Very little of the film is done in the stylistic and trope laden giallo formula and instead it ramps up the realism and grittiness of its concept to almost documentarian like levels. What Have They Done to Your Daughters? is shocking and surgically precise while backhanding its audience with its story and approach. It’s another truly cinematic and powerful film from this golden age of Italian cinema.

The approach that director Massimo Dallamano takes with the film is one that is meant to recreate the usual Italian murder mystery thriller from a police procedural view point. This gives What Have They Done to Your Daughters? a life like tone that the director latches onto. The film starts and ends by referencing the film like it’s a true story with some written words on the screen to elaborate on the scenario. The manner that it essentially creates a small ensemble cast of crime busting cops, detectives, and prosecutors only further embraces the procedural elements of its plot. It leaps through multiple protagonists and it essentially only shows the audience the story from the view point of the police as they burn through their investigation. The way that characters interact, the sly addition of police time politics into the fray, and the way that the film uses urgency to build tension and momentum works well for the realistic feel.

This gritty tone is only maximized by the frantic pacing of the narrative. Immediately, the audience is thrown into the crime scene by having the first scene, quite literally, being the police busting in on the initial crime scene. The story unfolds as the police find out more information, using flashbacks to emphasize character beats as the story is being told, and Dallamano embraces this with the pacing. Considering that the first big action-oriented sequence occurs much later in the film, introducing the audience to the leather clad, cleaver wielding giallo-esque villain, What Have They Done to Your Daughters? maintains the frantic and gritty feeling in the pace remarkably well and only builds on it from that point.

Dallamano proves to craft an impeccable film in execution too. While the gritty and realistic police procedural thriller is something of a cliché at this point, combining it with the elements of 1970s Italian thrillers makes for a fun combination. The performances are effectively intense when needed and the film isn’t afraid to go into some intriguingly exploitative moments. As mentioned before, the leather clad villain doesn’t appear until later, but the manner that the character is presented is that of a grim reaper and the camera work (particularly in a very stylish chase sequence through a parking garage) takes on an even more chaotic tone when he starts to move. The topic matter of the film is quite gritty in itself, too much more on this would give away the effectiveness of the narrative, but Dallamano proves to combine styles in a very refreshing and beastly manner.

Once again, Arrow Video provides the solid gold treatment for their latest release of What Have They Done to Your Daughters? and fans of Italian cinema are going to want to immediately add it to their collections. As always, I have added a list of the features of this release below. It should be mentioned that outside of the fantastic new 2K restoration of the film, it also features a wonderfully dense and informative new commentary by Troy Howarth and a fantastic overview of the director by the always reliable cult cinema expert Kat Ellinger. There’s plenty of other interviews and trailers included too, but I’m a cinematic sucker for essays and commentaries and those included with this set are robust additions.

What Have They Done to Your Daughters? may have been a new film experience for me with this release, but it was certainly a brilliant one. The film is sharp as a tack in its slick writing and lightning inspired pace, while director Dallamano provides a gritty and immersive execution to the film that highlights its realism and ferociousness. The release matches the release beat for beat with great features too. If you’re an Italian cinema fan, you owe it to yourself to see this film if you haven’t. If you have, then you owe it to yourself to add this version to your collection. 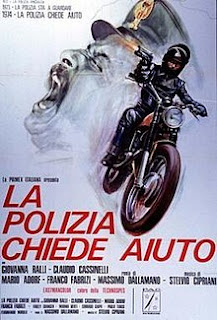