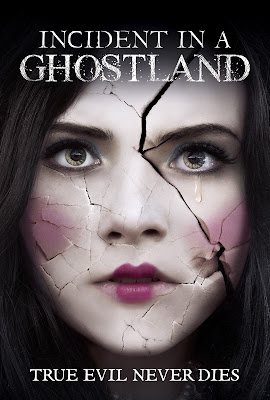 Trauma and emotional processing are the new gore in the modern age of horror. As a genre, we’re becoming more genuine, more cathartic, and more poignant in the way that we view and tell our stories. Many fans have flocked to the genre as a means of exercising their own traumatic demons and finding a way to make sense of their own experiences.

I should mention right now that I have no effective credentials outside of being an armchair psychologist. These remarks are largely introspective as well as general hypotheses flung into the pop psychology void.

The horror genre is gaining steam, gaining more production and higher quality than we’ve seen before. This horror renaissance is exploring new concepts and expanding the boundaries of what the macabre can accomplish, showing a diversity in concept, subject, and execution that is a breath of fresh air to a genre that is largely associated with bargain bin slashers and brain numbing gore fests. This is not to say that these don’t have their place - but the genre, as a whole, needs to be much more than a sliver of its content.

Incident in a Ghostland is another film in the line of traumatic family thrillers that are smart, scary, and well crafted. Director Pascal Laugier (Martyrs, Tall Man) tells a story that is dark, brooding, and intelligent. While the concept of this film is nothing new, the execution and message are something that (dare I say it) I haven’t seen before. I know that I’m likely getting berated in the comment section right now, but I’ll be honest: I don’t know if I’ve seen this film echoed in anything else, something that is incredibly refreshing.

The performance of Crystal Reed (Crazy Stupid Love, Teen Wolf) needed to be genuine in order to pull off the core concept of the film, and fortunately, she delivered a believable and intimate performance that connected her with the audience. Emilia Jones (Brimstone, High Rise) echoed Reed in her vulnerability and authenticity. Mylène Farmer made her live feature debut to play the mother of the two terrorized girls with compassion and omniscience.

These performers are augmented by cinematographer Danny Nowak (In the Name of the King, Romeo Must Die) in a truly terrifying use of close shots and framing. You could watch this film without sound and be treated to a master class in storytelling and aesthetic. Nowak drew influences from John Leonetti (The Conjuring), Matthew Leonetti (Poltergeist, also brother to the formerly mentioned John), and Daniel Pearl (Texas Chainsaw Massacre) for a close, uncomfortable, and dirty texture that is framed in unease and lit with sheer terror. The visual story telling of this film may be its greatest strength.

Incident in a Ghostland is successful, but falls short with a few missed opportunities. It’s difficult to elaborate on the specifics without giving anything away, but suffice it to say that there are opportunities for through lines from the beginning to the end of the film that are not realized. Additionally, it seems as though there is a lot of violence for violence’s sake. I know that this is horror, so before I’m worked over again in the comments section (I know its coming, I can feel it), the frequency and level of violence feels mismatched with the style of film that is being shown. It feels, for lack of a better term, too smart for the heavy-handed brutality that is layered on. Perhaps that’s merely a personal preference.

Horror calls our status quo into question, shaking the foundations of our consensual reality. Reality is a fickle thing. It ebbs and flows calling into question the subjectivity that colors what we consider real. This film explores this concept with poignancy, narrating the confusion and paranoia that accompanies traumatic events.