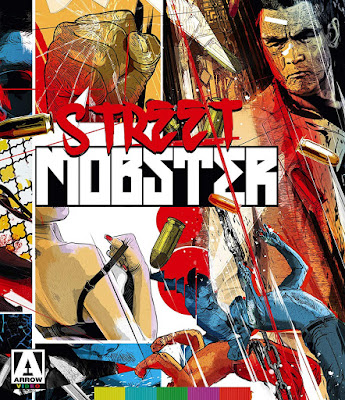 Arrow Video has made a statement when it comes to bringing some of the best of old school Japanese action films to its fans. Most of these are attached to the more popular auteur cult directors and, as of recently, they have tripled down on the films of Kinji Fukasaku. If you’ve followed this site for any length, then you already know that Fukasaku is a regular staple here and we attempt to run coverage on new releases for the director as much as possible. The latest from Arrow Video – thus, the latest review for Blood Brothers – is for his groundbreaking film, Street Mobster. While the film is not quite the epic tale as his Battles Without Honor and Humanity and doesn’t hit the thematic and heavy levels of some of his later yakuza films like Graveyard of Honor, it does have this raw and energetic approach that allows it to flow. Featuring some fantastic performances and a devil may care attitude, Street Mobster is another classic to add to Fukasaku’s gangster classics that any fan of Japanese cinema will want to add to their collection.

Compared to the epic character ensemble and plot heavy Battles Without Honor and Humanity films that would come immediately after this, Street Mobster is a down and dirty first step towards the more refined elements of the five-film series. It features a lot of the tonal elements of the style, featuring bursts of intense violence, plenty of characters debating on how to handle the more aggressive characters, and the almost documentary-like gritty look with hand held cameras and kinetic shots. If anything, it might even be grittier and more exploitative at times due to its story and characters, but the realism feels grimy and effective nonetheless. Fukasaku embeds the film with an almost fractured atmosphere – parallel to the rather torn psyche of the main character, Okita, and it works to create this chaotic feel that strikes home. A character narration keeps some of the film moving at times, a style that the director would later refine in some of his other films, and while it can be a tad awkward it gives the film a unique perspective as the main character’s story. Street Mobster punctuates this tone with plenty of fantastic details in how it’s shot and in some of the narrative choices (some of the sequences take place near railroad tracks where speeding trains come roaring into effect and shaking the foundation of the characters – a nice symbolic touch to the themes) and it really manifests the world that these characters have to live in.

Once again, like many other Fukasaku films of this ilk, Street Mobster is anchored by the fantastic Bunta Sugawara performance in the lead role. He tends to play things a bit looser here than with many of the other roles he plays in Fukasaku films, sliding right in with his ‘devil may care’ performance that works with the more volatile tones of the narrative and plot. Naturally, he’s surrounded with a slew of great performances, particularly from Mayumi Nagisa as a frantic and abrasive young woman that holds old ties to the lead character, and the film does some great things to showcase the character’s themes and dreams within the world that they live in. Street Mobster is not a fully enjoyable film to watch, as it tends to double down on a lot of hard to swallow elements, but it’s impressively executed on all ends.

Once again, this Arrow Video release of the film is a massive addition to any cinephile’s collection. Like with many of their other Japanese crime and action films, there isn’t a ton of extra material, but another cinematic history lesson from Tom Mes for a commentary is the perfect addition. If anything, fans should be excited to have a HD presentation of this film on any home video release, let alone part of the Arrow Video collection.

All in all, Street Mobster is something of a surprise as a film. It may be the iconic director finding his footing in a newer style that he would eventually take to the height of its run, but it never feels like it. It has a rough and tumble tone to it, chaotic and often viciously abrasive, and it is powered by some phenomenal performances and stylistic moments. It may lack some of the refinement, but that only powers its energy. Fans of Fukasaku will want to this immediately. Hell, cinephiles should all check this one out. Street Mobster is gritty and grand entertainment. 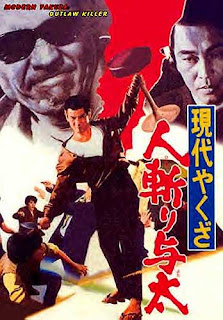