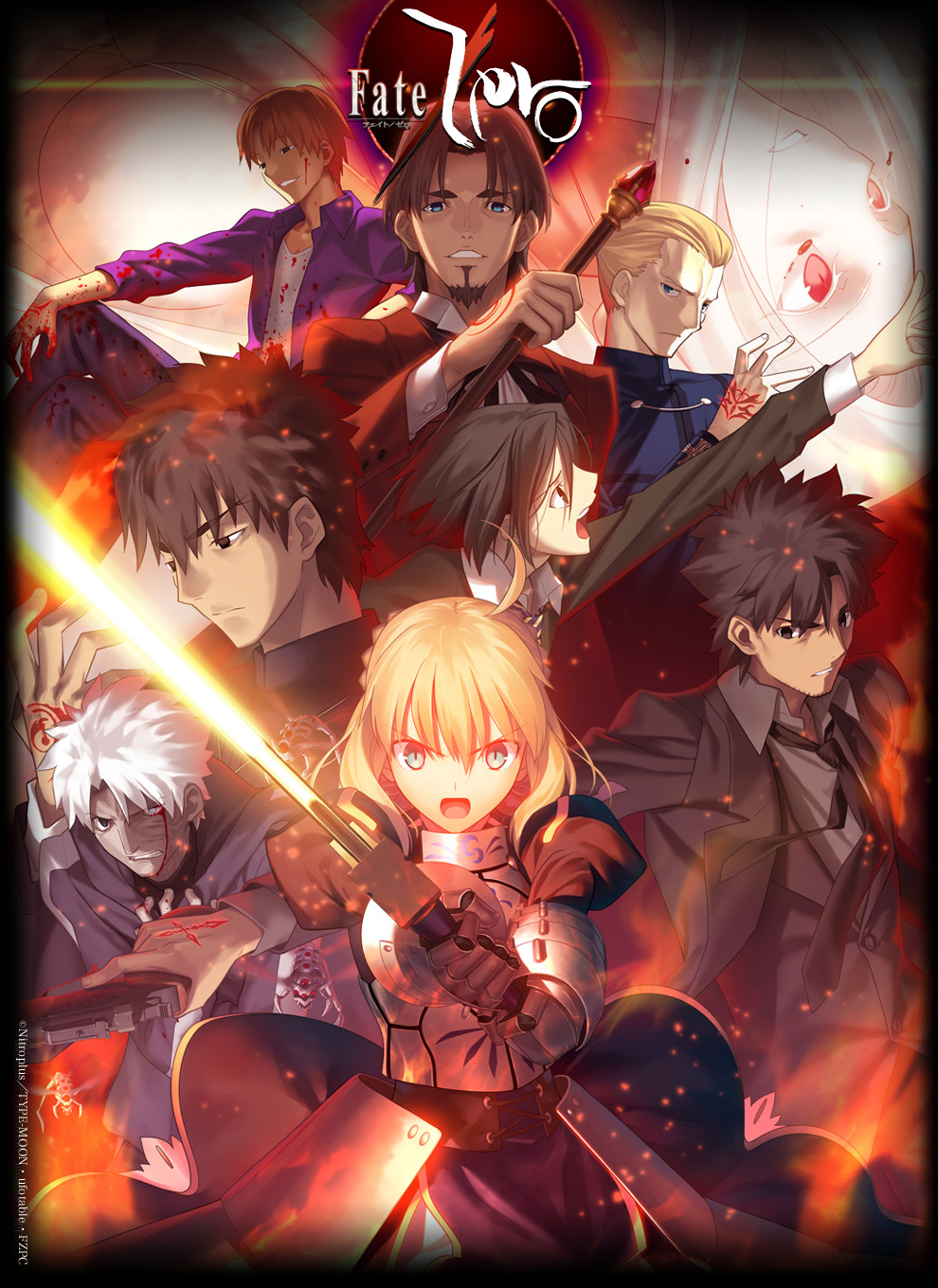 "Fate/Zero" takes place 10 years before FSN and revolves around the 4th Holy Grail War. During these wars 7 mages from 7 magic using families must summon 7 heroic spirits to battle for the power of the Holy Grail. Each heroic spirits represents a historical figure from the past, such as Saber who is female King Arthur, Rider who is the completely ripped version of Alexander the Great, Gilgamesh, and legendary child killer Gilles de Rais to name a few. The power of the Grail will give the winning family one miracle to use however they choose.

I actually watched the entire series (2 seasons) straight through over a period of 3 days. Mainly because I was so drawn in to the story and characters. Partly because I really wanted to get a review out to the masses. :) 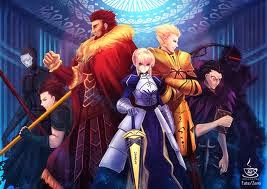 The Review: First off I want to say that this series is a visual treasure. The animation is top notch with fluid action scenes that really get your blood flowing. The colors are vibrant and full of life which is especially noticeable with all the battle scenes. As for character designs, this series offers up nothing new, but then again I am not sure where anime can go other than CGI and I am ok without that.  My favorite thing about this series is the character development. I feel that each and every character is given adequate amounts of backstory and development. With that in mind, plot pacing does suffer through the first 3rd of the series and a few later episodes are used to tell another key backstory. Considering what was needed to develop the story it didn't bother me at all.  However if you are an action fan be warned that the slow pacing between  action scenes can really cause one to lose interest.  If a bit of fan service tickles your fancy well keep on moving because you won't find any here. Unless of course sweet ass action scenes turn your crank.

While I truly enjoyed the series it didn't leave a lasting impression on me. The character development was there , but it lacked the heart to be a great series. I hardly felt an emotional attachment to the characters. The lone exception would be the child killing Master of Caster Gilles de Rais.. He very much creeped me the hell out.

Overall, I would not hesitate to recommend this series. It is cleverly written and visually appealing. I found the characters interesting on a historical  level and was even inspired to research some of them. Gilgamesh and Gilles de Rais come to mind right away. To think that these fellows actually existed is pretty spectacular and disturbing for the latter.  So if you like action with a compelling story then hit it up. In closing I offer up: